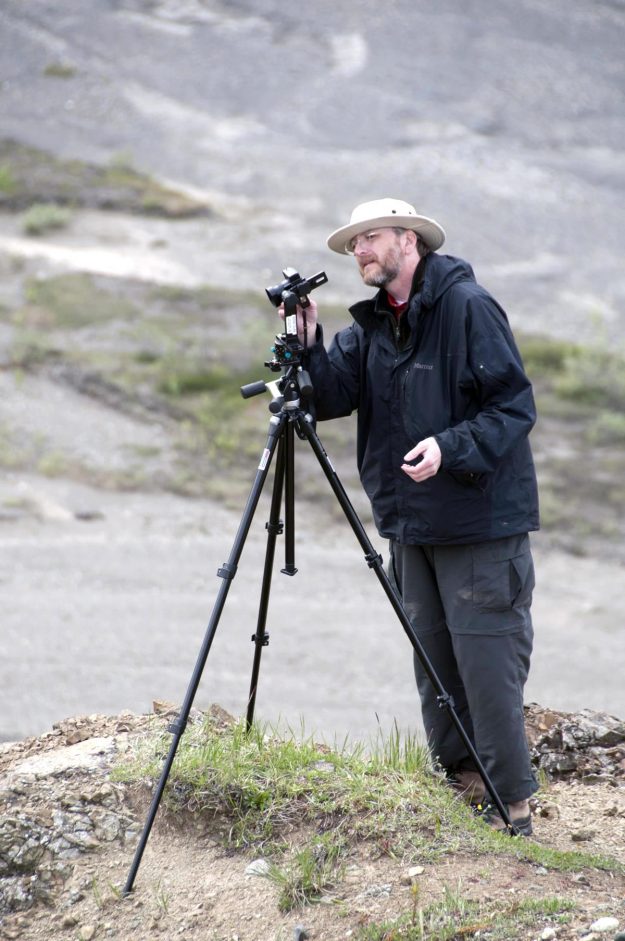 Jay Elhard, a park ranger and media specialist at Denali National Park, is helping the government make its own contribution to the Internet’s cache of cute puppies.

Denali’s Puppycam gives users from across the globe a peek inside the park’s sled dog puppy kennel. So far this year, the webcam has gotten nearly 60,000 views, accounting for more than half the park’s webcam traffic.

“Human beings have a strong connection with dogs,” said Elhard, who was one of the early producers of the cam. “People love puppies.”

Elhard said the sled dogs are like canine rangers. The dog teams help bring researchers to remote areas of the park where snow machines or other motorized vehicles aren’t allowed. They also help break trails or remove debris.

Setting up the cam was a technical challenge, Elhard said. The kennel is a historic site, so instead of drilling a hole through the exterior of the building to make way for the first network cable, staff had to thread it through an unused chimney. The camera’s system is set up separately from the park’s network. A third-party vendor pulls footage from the feed and then the park’s CMS grabs it from the company’s site, he said.

Elhard loves his work, but said it's something he just fell into: He was an English and art major, who earned a master’s of fine arts from Columbia University. He started his career teaching at an Ohio community college, but when he was laid off, he started working for the Park Service.

It’s been exciting to see the Park Service evolve in the digital age, he said. Now, more people access the park through social media than visit in person.

“The core mission is still there,” he said. “But it’s so much more powerful with these new toys and tools.”