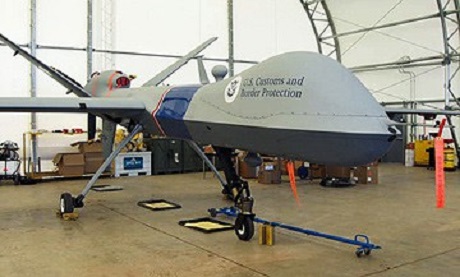 Drones, or unmanned aerial vehicles, promise to introduce a wealth of new efficiencies and benefits for industry and government. But being able to capture high-definition video and images within a few feet of somebody’s living room window shouldn’t be one of them.

Just ask Sen. Diane Feinstein, D-Calif. The chairman of the Senate Intelligence Committee, who’s been criticized for her staunch defense of the National Security Agency and its controversial telephone surveillance programs, said she knows first-hand how the unregulated application of commercial drone technology can destroy one’s sense of privacy. According to Feinstein, demonstrators once used a drone to peer into the windows of her home.

“I went to the window to peek out and see who was there, and there was a drone right there at the window looking out at me,” Feinstein said, holding her hand up a few inches from her face as she recounted the story at a Jan. 15 hearing of the Senate Committee on Commerce, Science and Transportation. The pilot of the drone was apparently as surprised as Feinstein, because “the drone wheeled around and crashed,” she said.

The drone in question may have been a toy, like those sold in every Wal-Mart store in the country, or it could have been a more sophisticated UAV that have captured the imaginations of hobbyists with their ability to fly at high altitudes, for extended periods of time, and come equipped with camera mounts.

But the type of drone used outside of Feinstein’s home isn’t really the issue. The real issue, as she recalled to the committee, is the rapid proliferation of advanced drone technologies and the complete lack of privacy regulations to protect ordinary Americans from thousands of little flying eyes in the sky.

“What kind of camera was mounted on it? What kind of microphone? Could an enterprising person have fastened a firearm to it?” Feinstein asked. “These are questions that demand answers.”

But answers to such questions and many others are hard to come by, said Chris Calabrese, a legislative counsel at the American Civil Liberties Union. Sen. Edward Markey, D-Mass., asked Calabrese if an ordinary citizen would have any way to know what data a drone might be collecting on them, if a citizen could find out who the operator of a drone was if they suspect a drone was being used to collect data on them, and if there are any federal laws requiring a commercial drone operator to delete photos they might have taken of private citizens. The answer in each case was no.

The Federal Aviation Administration is currently tasked with testing drone safety and devising a plan to integrate them into the national airspace system by the end of 2015. But the agency has no authority and no plans to incorporate privacy regulations into its final commercial licensing requirements.

In an interview with FedScoop, Calabrese said momentum is building at both the federal and state level to deal with the thorny issues surrounding drones and privacy. Although “it’s notoriously difficult to predict what Congress will do,” Calabrese said at least 43 states have introduced privacy legislation dealing with drones and at least nine have enacted restrictions on drone use.

“When you see that kind of activity, that tends to spur congressional action as well,” he said.

Committee chairman Sen. John D. Rockefeller, D-W.Va., said he worries about the privacy implications surrounding drone use in the U.S. because of the “rampant” desire of Americans to want to learn about other Americans, whether celebrities or political opponents.

Calabrese said while constant surveillance is not in the American tradition, there is a danger that if a surveillance infrastructure is allowed to be created around commercial drones, other government organizations will be tempted to take advantage of the capabilities and availability of the data. And the technological possibilities are staggering.

The Defense Advanced Research Projects Agency, for example, has developed a 1.8 gigapixel camera capable of videotaping and auto-tracking every moving object within a 36 square-mile radius. Known as the Autonomous Real-Time Ground Ubiquitous Surveillance Imaging System, the camera is composed of 368 cellphone cameras each with a resolution of 5 megapixels.

The ARGUS video camera can be attached to a high-altitude static blimp “and can videotape an area the size of a medium-sized city,” Calabrese said. “So everyone in that city can be videotaped at one time. You can zoom in and identify particular individuals. I could be tracked by that camera as I stepped out of my door … and as I moved about my day,” he said. “That type of detailed and persistent tracking is very troubling.”

This type of technology, when combined with smaller drones and a commercial surveillance infrastructure raises concerns about the “super-sizing of surveillance by the government,” Calabrese said.

Video: Here’s a look at the world’s highest-resolution camera.