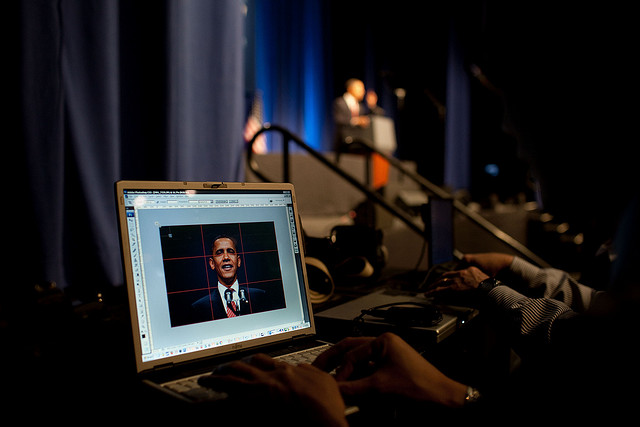 The Democratic Party released its 2012 platform on Monday as a preview to the Democratic National Convention, which starts Tuesday in Raleigh, N.C. The platform hits on several key issues related to federal technology and federal employees.

Below we look at five of the key issues outlined.

Democrats say they will ensure America has a 21st century digital infrastructure with “robust wired and wireless broadband capability, a smarter electrical grid, and upgraded information technology infrastructure in key sectors such as health care and education.”

“We are finding innovative ways to free up wireless spectrum and are building a state-of-the-art nationwide, interoperable, public safety network,” the platform said. “President Obama is strongly committed to protecting an open Internet that fosters investment, innovation, creativity, consumer choice, and free speech, unfettered by censorship or undue violations of privacy.”

Democrats say President Obama has supported cybersecurity legislation and the administration plans to continue to take steps to deter, prevent, detect and defend against cyber intrusions by investing in cutting-edge research and development.

“President Obama has supported comprehensive cybersecurity legislation that would help business and government protect against risks of cyber attacks while also safeguarding the privacy rights of our citizens,” the Democrats said. “And, going forward, the President will continue to take executive action to strengthen and update our cyber defenses.”

Looking to make government leaner, smarter and more consumer-friendly, Obama asked Congress to reinstate the authority that past presidents had to reorganize and consolidate government agencies.

President Obama has also called for an ambitious, transparent and unprecedented government-wide review of existing federal regulations to eliminate unnecessary rules. In response, more than two dozen agencies have released plans to streamline existing requirements. Just a small fraction of these initiatives will save billions of dollars in the near future without sacrificing consumer protections, the environment, workplace safety, or health, the platform says.

“We are committed to the most open, efficient, and accountable government in history, and we believe that government is more accountable when it is transparent,” the document said. “This administration was the first to make public the list of visitors to the White House and create a centralized ethics and lobbying database available to the public online. Democrats led the fight to enact the STOCK Act to ban congressional insider trading.”

The Obama administration is committed to keeping the best military in the world, but admits there are tough financial decisions that need to be made through the process.

“As we look beyond the wars in Iraq and Afghanistan – and the conclusion of long-term nation-building with large military footprints – we will be able to ensure our security with a more agile and more flexible force,” the platform says. “At the same time, we will continue to emphasize forward engagement in critical regions, while enhancing robust security partnerships to share the burden. And we will continue to get rid of outdated Cold War-era systems so that we can invest in cutting-edge technologies and maintain a versatile set of capabilities required to execute a wide range of military missions.”

The platform says Democrats have responsibly ended the war in Iraq, put the al-Qaida terrorist organization on the path to defeat with the killing of Osama bin Laden and reversed the Taliban’s momentum to set the stage for the drawdown of U.S. forces in Afghanistan.

“As a consequence of the president’s decisions and the brave work of our military and intelligence professionals, bin Laden can no longer threaten the United States and al-Qaida’s senior leadership has been devastated, rendering the group far less capable than it was four years ago,” the platform said. “The al-Qaida core in Afghanistan and Pakistan has never been weaker.”