The Republican Party released its 2012 Platform Tuesday night at the Republican National Convention in Tampa, Fla. The platform hits on several key issues as related to federal technology and federal employees. Below we look at five of the key issues outlined in the platform, which you can read in full here. 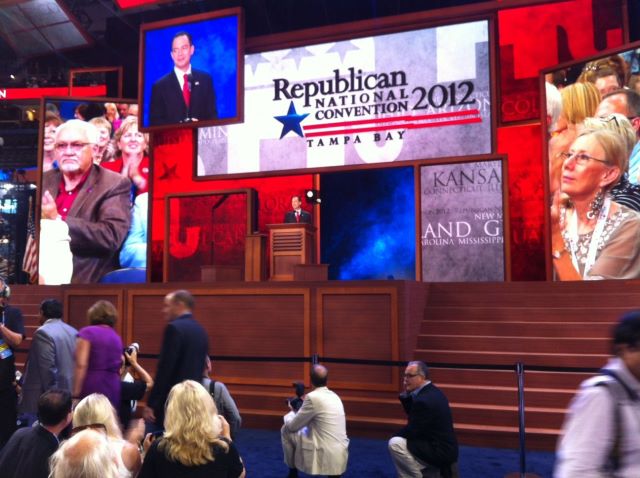 The GOP said the United States cannot risk “the cyber-equivalent of Pearl Harbor” and criticized the Obama administration for being overly reliant on the development of defense capabilities, according to the GOP’s 2012 Platform released Tuesday night.

The platform said the Democrats have failed to curb malicious actions by the countries adverseries and there is no active deterrence protocol.

“The government and private sector must work together to address the cyberthreats posed to the United States, help the free flow of information between network managers, and encourage innovation and investment in cybersecurity,” the party said. “The government must do a better job of protecting its own systems, which contain some of the most sensitive data and control some of our most important facilities.”

The GOP said the government must invest in continuing research to develop cutting-edge cybersecurity technologies to protect the country, acknowledging the most effective way of combating potential cybersecurity threats is sharing cyberthreat information between the government and industry, as well as protecting the free flow of information within the private sector.

The current Administration’s laws and policies undermine what should be a collaborative relationship and put both the government and private entities at a severe disadvantage in proactively identifying potential cyberthreats,” the GOP platform said.

The Republicans called the looming sequestration issue “a disaster for national security” that imperils the safety of service members and would accelerate “the decline of our nation’s industrial base.” The GOP said sequestration would layoff more than one million skilled workers.

“Opposition to sequester is bipartisan; even the current Secretary of Defense has said the cuts will be ‘devastating’ to America’s military. Yet the current President supported sequestration, signed it into law, and has threatened to veto Republican efforts to prevent it. If he allows an additional half trillion dollars to be cut from the defense budget, America will be left with the smallest ground force since 1940, the smallest number of ships since 1915, and the smallest Air Force in its history—at a time when our

Nation faces a growing range of threats to our national security and a struggling economy that can ill afford to lose 1.5 million defense-related jobs.”

The platform says that the Federal Communications Commission’s net neutrality rule is out of date and is trying to micromanage telecommunications as if it were “a railroad network.”

“We encourage public-private partnerships to provide predictable support for connecting rural areas so that every American can fully participate in the global economy.,” the platform said.

The Republicans call for an inventory of federal agency spectrum to determine the surplus that could be auctioned for the taxpayers’ benefit. With special recognition of the role university technology centers are playing in attracting private investment to the field, the Repbulicans will replace the administration’s approach to technological progress with a regulatory partnership that will aim to keep the country as “the world leader in technology and telecommunications.”

4. On the federal workforce

According to the plan, the Republicans would call for a 10 percent reduction in the federal workforce through attrition.

The Republicans say that the federal government has grown by at least 140,000 workers over the past four years and the amount making at least $150,000 annually has doubled.

“The American people work too hard and too long to support a bloated government. We call for a reduction, through attrition, in the federal payroll of at least 10 percent and the adjustment of pay scales and benefits to reflect those of the private sector,” the party said.

The role of the Transportation Security Administration would drastically change under the Republicans as the platform calls for major overhauls to the agency.

“While the aftermath of the 2001 terrorist attacks brought about a greater need for homeland security, the American people have already delivered their verdict on the Transportation Security Administration: its procedures – and much of its personnel – need to be changed. It is now a massive bureaucracy of 65,000 employees who seem to be accountable to no one for the way they treat travelers. We call for the private sector to take over airport screening wherever feasible and look toward the development of security systems that can replace the personal violation of frisking,” the party said.