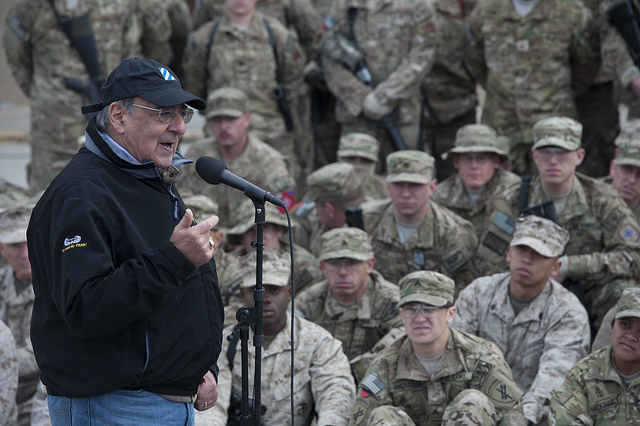 A conference committee of House and Senate leaders agreed to a $633.3 billion defense authorization bill on Tuesday, setting up a vote for later this week.

The bill comes to allotting $527.5 billion in base Pentagon spending with an additional $88.5 billion to fund the war in Afghanistan and $17.4 billion in nuclear funding with the Department of Energy.

The White House threatened to veto the original House and Senate armed services committees’ versions, citing a number of outstanding issues in the original drafts.

However, Senate Armed Services Committee Chairman Carl Levin told reporters that those issues have been resolved, and he saw no potential issues that would cause President Obama to veto the bill if it passes in Congress.

The legislation still includes some measures the Obama administration might object to that include rolling back cuts to the Air National Guard, stopping some proposed fee increases for Tricare and eliminating funding for the Medium Extended Air Defense System.