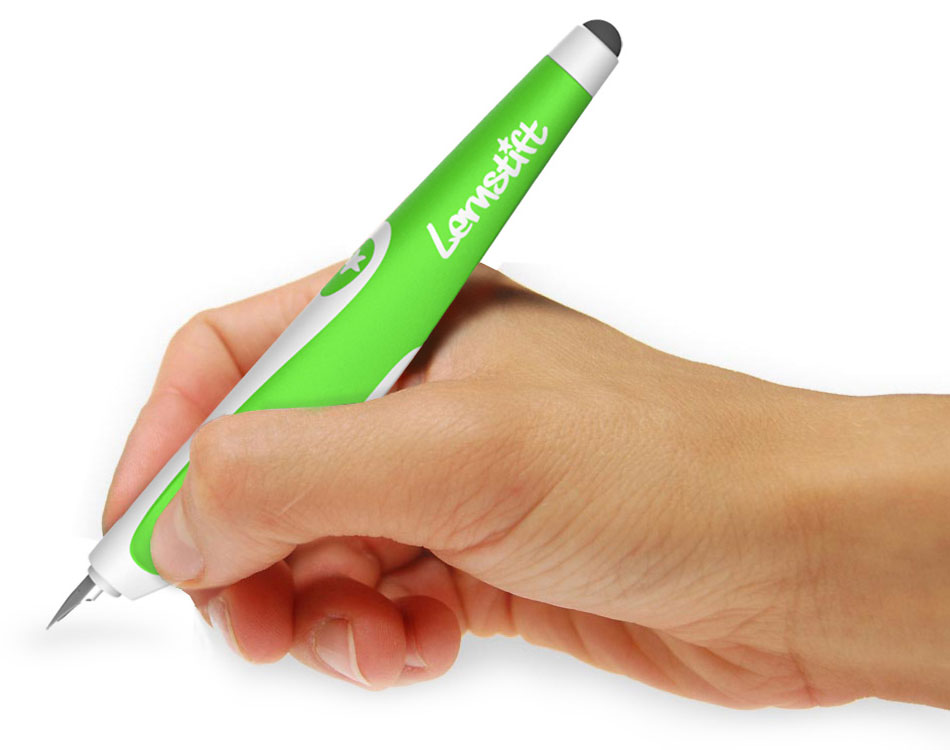 Spell-checking has become so ubiquitous among word-processing programs, very few of us could ever imagine typing up a document without it. No one has to be a good speller anymore — we just type in something close and the auto correct figures out what we want to say nine times out of 10.

But with the rise of touchscreen devices, checking our entered information might also include deciphering our handwriting. Most tablets aren’t equipped for this, let alone the actual stylus.

Lernstift is a digital pen its designers claim will recognize writing errors as you make them. Developed in Germany, the pen comes with a tiny Linux-based computer (which is basically a stripped-down smartphone) and a bunch of motion detectors. Most writing detection takes place optically, i.e. the software digitally examines what was written in the tablet to determine what was written. Lernstift actually goes on the motions the pen is making, so there is no need for paper or tablet to use it. When you make a mistake, the pen will alert you with a small vibration.

Lernstift was primarily designed to teach children how to write properly. It has two modes, calligraphy and orthography. Students can use the calligraphy mode to master the forms of the letters, and improve their handwriting. The orthography mode is used when you want it to do things like check your spelling and word choices.

The developers don’t go into a lot of detail as to how much training the device would have to go through with a user before it can be confident in pointing out mistakes. I would guess it would have to spend quite a lot of time with you to figure out what you are writing in order to be able to tell you that you did something wrong.

While this is primarily designed to be a learning tool, it isn’t hard to envision applications for government agency use. A pen designed to recognize signatures could be used as an authentication device, or simply to move toward a more paperless office. There really are a lot of potential uses for this kind of technology in both the public and private sector.

So, where can you get one? Well, nowhere yet. But the developers are currently in the middle of a Kickstarter campaign to raise money for production, and they are giving out first-run devices as perks.