Without a more strategic approach to managing its purchasing priorities, the U.S. military could lose critical capabilities and face exorbitant costs to regain them in the long term, according to a new study.

Since World War II, the U.S. has generally been able to assume its military capabilities would simply be there. But with declining budgets, sequestration and the drawdown overseas, “it’s not clear that assumption is going to hold in the future,” said Barry Watts, senior fellow at the Center for Strategic and Budgetary Assessments and author of the study.

Before it’s too late, the Defense Department should attempt to define the core competencies of both itself and the defense industrial base, and focus its budget priorities there “rather than starting with what to reduce or cut for the current budget cycle,” said Watts, who was head of DOD’s Office of Program Analysis and Evaluation from 2001 to 2002. 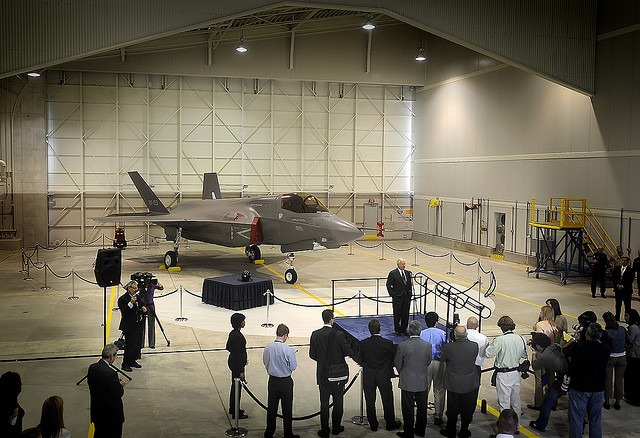 The Lockheed Martin F-35 is an example of the cutting-edge capabilities in the defense industrial base. (Photo/DOD)

It’s not as if DOD hasn’t tried. But efforts in the last decade have mostly sputtered out, according to Watts. Because of rapid contractor consolidation and disagreements between the services, it’s hard to settle on a concise core competency list for both DOD and the defense industrial base. Watts was at DOD in 2001 when then-Defense Secretary Donald Rumsfeld asked for a strategic review of military capabilities.

“We got absolutely nowhere,” Watts said. “Lists like this are very controversial.”

Several years ago, Manufacturing and Industrial Base Policy within DOD tried to do a sector-by-sector, tier-by-tier breakdown of all the services. It hasn’t been finished, Watts said.

“Because the Pentagon has not been able to get down to lists like these and really saying what we thing going forward is important, it just generates a lot of uncertainty in the minds of people in the industry,” Watts said.

So Watts, over three months of arguing with colleagues, set down six core competencies each for DOD and the defense industrial base, or DIB.

Of course, Watts said, all come with the caveat that knowing which of these supply chain elements require special attention would require a more detailed mapping of DIB only the Pentagon could provide.

Cyber, in particular, is “hard to talk about,” Watts said. Even with the copious leaks, “it’s too classified” to make useful recommendations.

But absent this core competency thought process, DOD might find itself without the necessary design and production capabilities to meet combat requirements in coming years. If that happens and the U.S. is in a pinch, there aren’t many other advanced military producers on par with the U.S.

“Who are we going to go to? China? Russia? We just don’t really have anywhere to go,” Watts said.