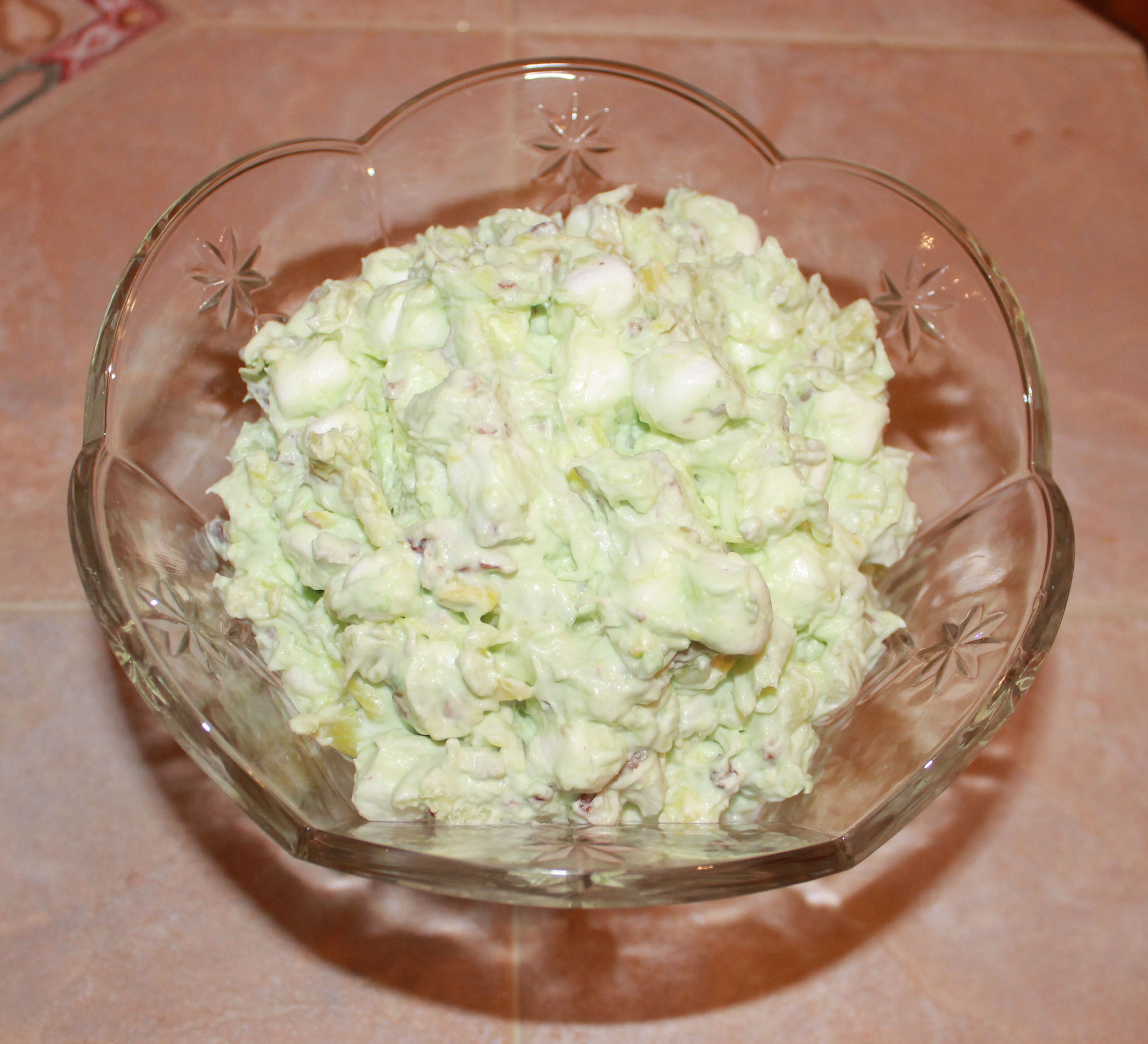 Just as Carl Bernstein and Bob Woodward didn’t need Twitter to bring down a president, in the mid-1970s the Watergate didn’t need a gelatin dish to make the complex a household name. Did you know it has one?

It would take in-depth, investigative reporting to uncover the truth about just who concocted this marshmallow-topped dessert salad of pistachio pudding, pineapples and Cool Whip. Kraft Foods claims it created the recipe, originally called Pistachio Delight, in 1975 to promote the release of its pistachio-pudding flavor.

Others, however, credit a Watergate sous chef for the fluffy confection believed to have once been a staple on the hotel’s weekend brunch menu. Though the hotel closed in 2007 for renovation – and Washington brunch palates have evolved beyond powdered pudding and canned fruit – Watergate Salad still meets Deep Throats at potlucks and spring celebrations today.

On Sunday, Discovery Channel will air All the President’s Men Revisited, a documentary marking the 40th anniversary of the Richard Nixon scandal. Robert Redford and Dustin Hoffman will join Woodward, Bernstein and other players in the case to showcase archived footage and White House recordings. Relive one of the most bitter times in American politics this weekend while enjoying this sweet, retro treat.

by Billy Mitchell • 15 hours ago
Acquisition