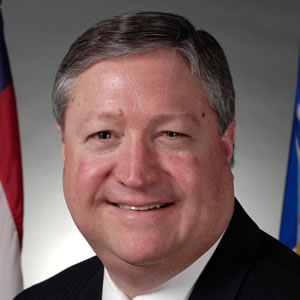 Air Force Secretary Michael Donley highlighted cyberspace as one of his top priorities in a speech last week at the Air Force Association’s 2012 CyberFutures Conference and Technology Exposition at National Harbor.

“Cyberspace is just the latest arena offering the Air Force the challenge and the opportunity to keep evolving as we again wrestle with technology and policy issues right on the cutting edge of national security,” he said. “But more than that, we recognize that as cyber-related technologies transform the way we communicate, share information, provide services and conduct any number of daily tasks, the Air Force cannot afford to stand on the sidelines… Much like the inventors who created the technologies of the 20th century, today’s innovators will redefine our expectations and expand our capabilities as cyberspace continues to develop and mature.”

“As the only domain created by man, cyberspace is dynamic and evolving,” Donley said. “Its operations support and closely interact with operations in all of the other domains — land, sea, air and space. And through the integration of air, space and cyberspace operations, the Air Force is developing unique capabilities that support military operations across the spectrum of conflict.”