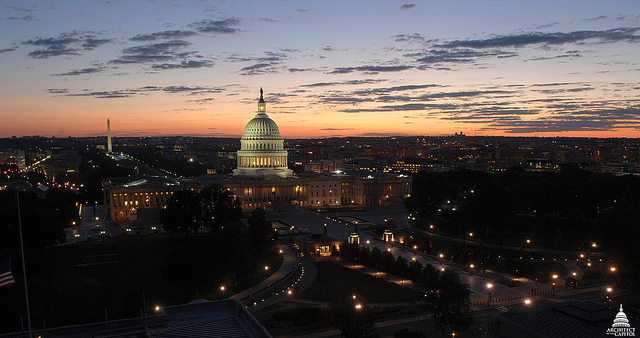 D.C. is known for its networking happy hours. Even after the 9-to-5 grind, folks are still gathering at local watering holes to relax with colleagues and talk shop. So where do government techies end up after business hours?

Websites such as MeetUp.com serve as a resource for the like-minded to — literally — meet up and share ideas. A popular MeetUp for digital folks is the Federal Innovative Technology – Web, Cloud & Mobile group. The group’s 435 members describe themselves as federal thought leaders, who meet up to exchange ideas about leveraging technology to improve government, and discuss similar challenges.

For a more low-key meetup, try the Third Thursday New Media Drink Up. Grab drinks with government new-media and tech types at this regular gathering that rotates around a number of local bars, most frequently the Post Pub.

The group usually meets in the back room and enjoys some drinks and conversation, according to John McGuire, a server at Post Pub.

As Justin Herman, social media coordinator at the General Services Administration, has previously told FedScoop, the tech-focused feds in the area also have a tendency to frequent karaoke nights. On Wednesday nights at Hill Country BBQ, members of the digital government world can be found singing their rendition of the greatest hits from the ’80s and ’90s. On some nights, federal Chief Technology Officer Todd Park has even been known to sing a song or two.

Popular spots for feds and techies in the NOMA area are Union Pub and 201 Bar. Bartenders there are known for being almost as savvy in social media and government data services as the patrons.

And if you’re interested in using big data out of the office, head to Big Board on H Street, NE. Here, the true data geek can be embraced all while ordering a beer. Big Board takes its name from the stock market and functions similarly. Prices of beer depend on how many are being ordered; the more a beer is ordered, the lower the price. With a trusted group of mischievous friends, patrons can see how low they can drive down the price.

According to a 2012 Examiner.com article, other great hangouts for digital media professionals in the District are Busboys and Poets on U Street, Coffy Café in Columbia Heights, and Tryst in Adams Morgan.

Did we leave anywhere out? Tweet at us @FedScoop!

by Jackson Barnett • 4 days ago
Tech