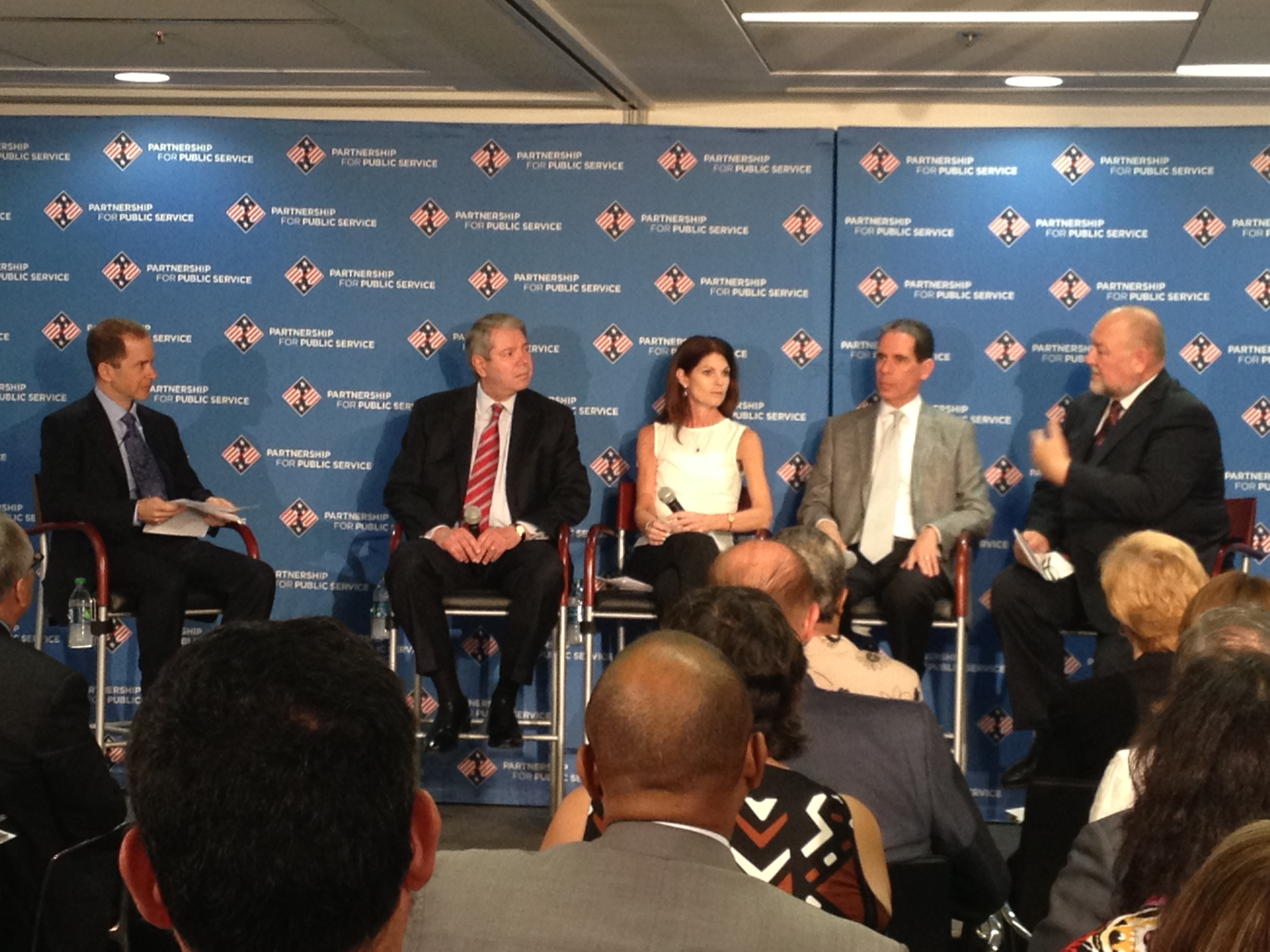 A new report is taking a look at federal management reform with fresh eyes, using the private enterprise as inspiration.

The Building the Enterprise report by the Partnership for Public Service is meant as a directive for agency leaders and the administration seeking to eliminate waste, overlap and unnecessary spending. The government should conduct itself more like an enterprise, the report reads.

“When we say federal government should act more like an enterprise, we mean that it should better integrate and unify the efforts of the executive departments, agencies, bureaus and offices to achieve cross-cutting goals, missions and functions that individual agencies cannot effectively tackle on their own,” the report stated.

Max Stier, president and CEO of the Partnership for Public Service, and Adm. Thad Allen of the U.S. Coast Guard, moderated the discussion.

The panel discussed how agencies could use this report to improve their operational effectiveness and refocus on the agency mission. McGrath said management in agencies needs to have “clarity on strategy” to move forward, and to avoid “getting lost in organizational dialogue.”

Interagency collaboration — common cloud networks, joint data centers, etc. — are practices the report suggests management should be moving toward. Through several examples, the report makes the case for government working as an enterprise; for example, the Commerce and Agriculture departments and the Small Business Administration operate 53 different economic development programs for businesses in poor neighborhoods. All of these departments have different budgets, missions and congressional approval committees, despite sharing numerous goals.

The nine steps for “building an enterprise,” as highlighted by the report, focus on several areas of management, with particular emphasis on cooperation, clearer strategy, accountability and empowering leaders.

Borras said the root cause is that federal employees often think too much from a “Washington-centric” viewpoint. The problem often starts at the agencies’ D.C. headquarters, and defining where exactly the issue originates is key, he said.

The panelists emphasized transparency in government moving forward. Transparency equals more access to data for agencies and more information about ongoing programs. It’s an opportunity, they said, not a punishment.