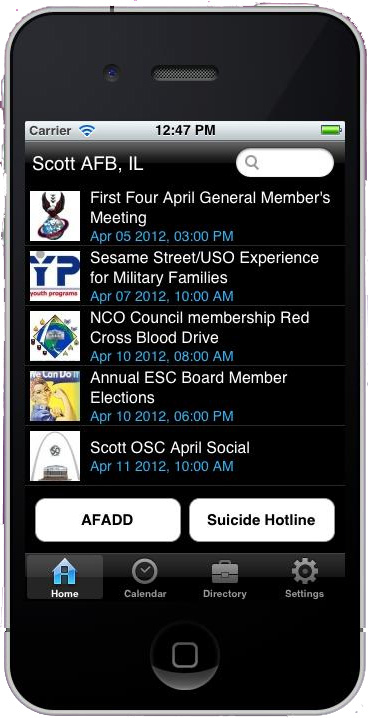 The Air Force has created a new mobile app for airmen that will list every event occurring at its United States bases.

Called the “My Military Communities” or MyMC2, the app opens up to a main page that lists the next five events available at each base. Users then have the option to narrow or expand their search by organizational or event type categories.

Developed by the 375th Communication Support Squadron web application development team at Scott Air Force Base, the app pulls event listings from organizational Facebook pages that are officially associated with a base and consolidates them into one place.

“It’s a one stop shop for Airmen to be involved in the Scott Community,” said 375th CSPTS Project Manager Master Sgt. Delbert Freeborn.

So far Scott AFB, along with McConnell AFB, Kan., and Travis AFB, Calif., have begun using the program.

The public affairs offices at other locations will be responsible for ensuring their base gets included into the app, and several bases are in the process of doing just that.

by Billy Mitchell • 6 hours ago
Defense