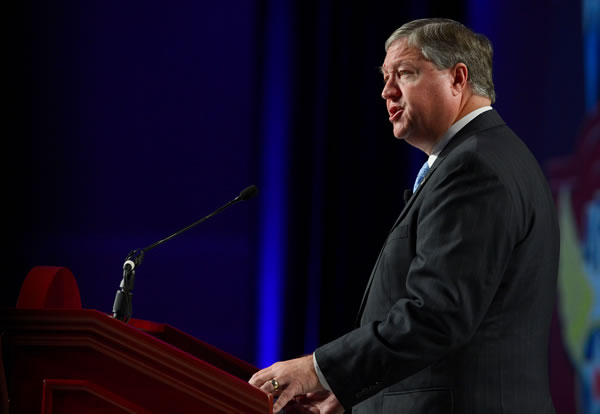 Sequestration would leave the Department of Defense “without a workable strategy to counter global threats,” Secretary of the Air Force Michael Donley said Tuesday.

Speaking at the 2012 Air Force Association Air and Space Conference and Technology Exposition in National Harbor, Md., Donley said sequestration hangs over “all budget decisions across the federal government.”

“We need Congress to de-trigger the Budget Control Act’s sequester provisions before the end of the year,” he said.

Despite the threat of sequestration, Donley said the Air Force must still balance capabilities against competing needs for structure, readiness and modernization.

To this end, the Air Force proposed force structure reductions as part of recent budget requests, including the divestment of 286 aircraft and removing about 9,900 personnel from the ranks within the next five years.

“As you know, our proposals have met resistance in Congress, particularly with regard in reductions in the Air National Guard and Reserve,” Donley said. “Simply put, in beginning to program for these reductions, it is impossible to avoid impacts to Airmen, various civilian and contractor workforces, and the communities in which they live.”

by Jackson Barnett • 12 hours ago
Acquisition