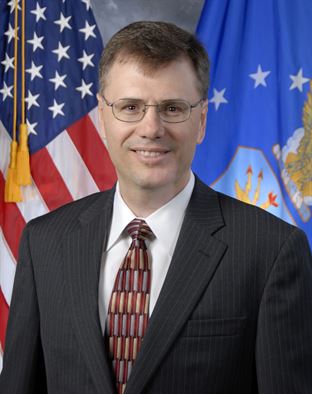 The Air Force has named a new deputy undersecretary of the Air Force for space: Dr. Troy Meink will lead the way in space innovation and champion the space mission across the Defense Department, according to a Dec. 3 announcement.

“When the opportunity arose for me to take this position, there was a little bit of apprehension and excitement,” Meink said. “A mentor once told me that if a job doesn’t scare you a little bit, then you shouldn’t take it. So it fits … but this gives me the opportunity to do good things for the Air Force.”

Mein’s previous role was as director of signals intelligence systems acquisition at the National Reconnaissance Office. He joined the Air Force in 1988 and assignments since have included operations and training, systems engineering, research and development and program management of defense acquisition programs.

Meink’s career began as a KC-135 Tanker Navigator and instructor. He then became a lead test engineer for the design and evaluation of ballistic missile test vehicles for the Missile Defense Agency. Meink also led numerous communications organizations within the Air Force and the Office of the Assistant Secretary of Defense, Networks and Information Integration.

In addition to the new role, Meink serves as director and executive agent for space staff, and provides support to the undersecretary’s role as the headquarters’ focal point for space matters.

by Jackson Barnett • 7 hours ago
Defense