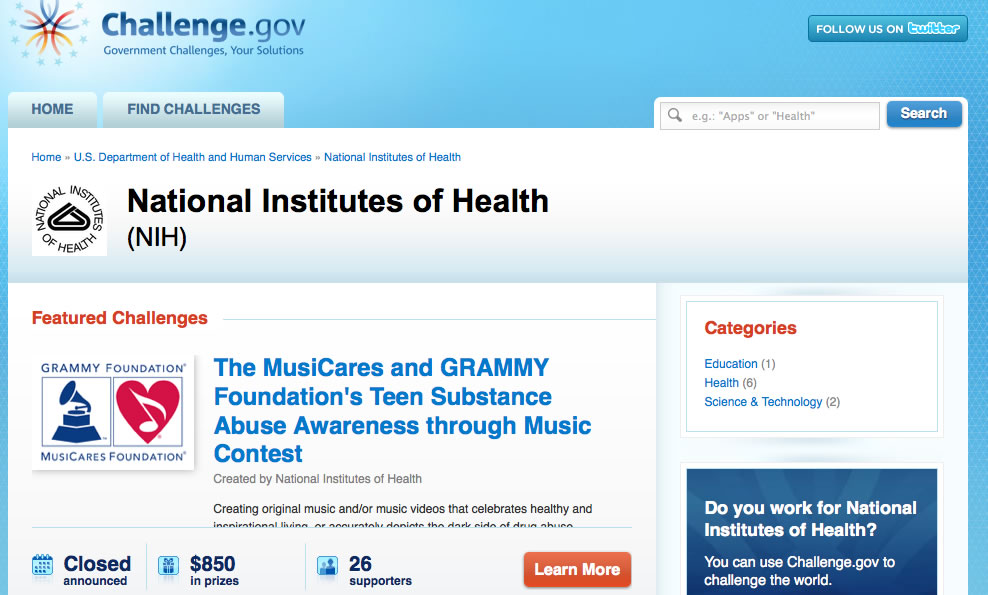 Want to go to the Grammys, but can’t sing like Adele? Don’t fear – all you need is some video making skills or the ability to write a catchy song.

The National Institutes of Health is challenging citizens to submit a music video or music lyrics that celebrate healthy and creativity living or portrays the dangers of drug abuse.

The winner of the contest will be invited to Los Angeles to attend a special backstage tour at the 54th annual Grammy Awards during the show’s rehearsal.

In addition, the first, second and third place winners will have their musical entries posted on the GRAMMY365® website and the MTV Act blog, as well as on the Above the Influence campaign site sponsored by the National Youth Anti-Drug Media Campaign.

Entries must be submitted by October 10. View more information here.