Just a week after the White House officially announced that U.S. Chief Technology Officer Todd Park would be leaving his position and moving back to California, Fortune magazine is reporting that Google’s Megan Smith will succeed him. 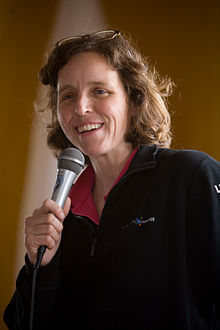 Megan Smith, currently a VP at Google X, will reportedly take over as U.S. CTO, according to Fortune Magazine.
Source: Wikimedia

Prior to her time at Google X, Smith led business development for Google’s nonprofit initiative, Google.org.

Smith, 49, has been with Google for more than a decade. Prior to that, she served in a variety of executive roles at PlanetOut, Inc., an online community centered around gay, lesbian, bisexual and transgender issues. She has also worked with Apple in Japan and in product design at General Magic, Inc.

If Smith were to join the White House, she would join a growing list of former Google employees who have joined the administration, including Nicole Wong, the former deputy CTO who left the administration earlier last month, and Mikey Dickerson, who leads the newly established U.S. Digital Service team.