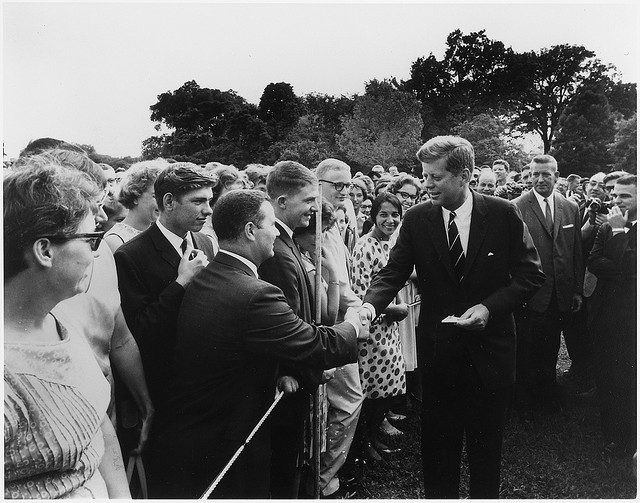 The National Archives announced it has released the original audiotape recording of Air Force One’s transmissions during its flight home following the assassination of President John F. Kennedy in November of 1963.

The recording includes taped conversations between pilots and individuals on President Kennedy’s official airplane known as “Air Force One,” and various individuals in Washington, DC, during the return flight following the assassination of President Kennedy. The conversations were captured by the WHCA, which routed all phone calls and radio traffic. The tape also includes communication between the WHCA and a second aircraft of the Presidential fleet, known as 86972 (by its tail number), which was en route to Tokyo at the time of the assassination with members of the President’s cabinet.

The recording includes references to new code names and incidents;a private conversation between Jerry Behn, the head of the Secret Service, and an unidentified individual about the disposition of the President’s body;an urgent effort by an aide to Air Force Chief of Staff Curtis LeMay to reach General Clifton; and attempts to locate various members of Congress from the Texas delegation.

A digitized version of the two-hour-and-twenty-two minute recording is now available on the National Archives web site.