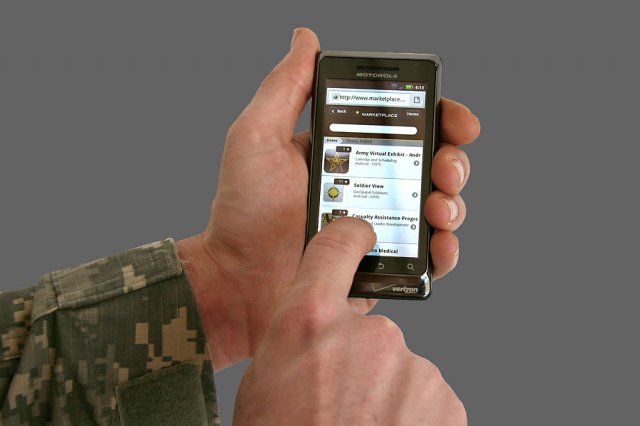 The Army has launched an Apps Marketplace that includes 12 mobile training applications for soldiers to use on personal phones or tablets.

The apps are publicly-facing and approved for Army-wide use. They are available at marketplace.army.mil and were developed by Army training schools in the Connecting Soldiers to Digital Apps initiative.

“The Apps Marketplace is at the center of Army efforts to radically reduce the time to deliver applications across the force,” said Army Chief Information Officer Lt. Gen. Susan Lawrence. “This prototype is a first step in establishing and exercising new submission and approval processes that will eventually enable Army members, organizations and third-party developers to release applications for Army-wide distribution.”

When fully implemented, the marketplace will deliver web-based and downloadable applications to all devices approved for use within the Army’s Common Operating Environment on the Army network.

by Sara Wilson • 1 day ago
Defense