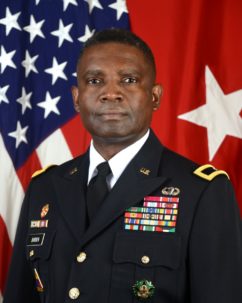 PEO EIS announced Friday that Burden will take over Nov. 29 for Terry Watson, who served as acting program executive officer since November 2015. Watson also served in a stint as acting PEO in 2011 before returning to her official role as deputy PEO.

Watson will again assume her deputy position after the transfer of charter.

Burden most recently served as deputy PEO for ammunition and senior commander at the Picatinny Arsenal in New Jersey since 2014. Prior to that, he was deputy to the deputy for acquisition and systems management for the assistant secretary of the Army for acquisition, logistics and technology.

The Army PEO EIS, located at Fort Belvoir, Virginia, is comprised of 34 mission-critical IT acquisition programs for the service and greater Defense Department, managing $3.5 billion in IT investments across the globe in the areas of communications, logistics, medical, finance, personnel, training and procurement operations.

by Jackson Barnett • 21 hours ago
Acquisition