The U.S. Army has published new guidance for a single, secure, standards-based network. 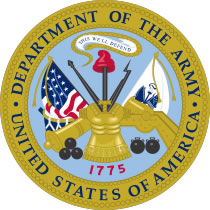 According to the Army, the new  Technical Guidance & Repository (Appendix A) is a necessary condition for achieving interoperability and implementing the COE and Everything over Internet Protocol (EoIP) architectures. The guidance provides standards for the deployed tactical network and the enterprise network at Posts/Camps/Stations. It is also aligned to the timeline for Army network Capability Sets.

by Jackson Barnett • 45 mins ago
Defense