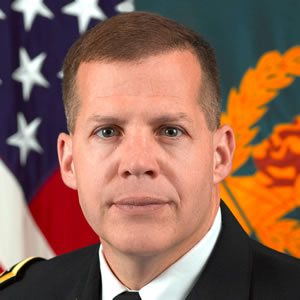 Lt. Gen. Jeffery Talley, commanding general of the U.S. Army Reserve Command, said earlier this week he’s been told to not plan for sequestration and that other expected cuts to the military will result in his command “doing less with less.”

Talley, speaking in a roundtable discussion with reporters, said that the Army’s senior leadership has told him and the leaders of other commands to not plan for sequestration even as the deadline nears.

Instead, he said, his priority in that area is keeping open communication with soldiers and their families as to what the budgets are when they come, and what it will mean for the force.

As with other cuts promised by Secretary of Defense Leon Panetta over the next decade, Talley said that the Army Reserve will not focus on doing more with less, but realigning priorities that match the force up with the level of funding it will be given.

At a cost of $8 billion per year – roughly six percent of the Army’s budget – Talley said the reserve command takes up nearly 20 percent of the total force.

“When it comes to sequestration and budget cuts, the dialogue is primiarly on the active component and the Army National Guard, so it’s not a huge issue for us at this time,” Talley said. “Having said that and knowing we may get cut in the future, it will be about reexamining what we do and how we do it and not trying to remain at an unsustainable level.”