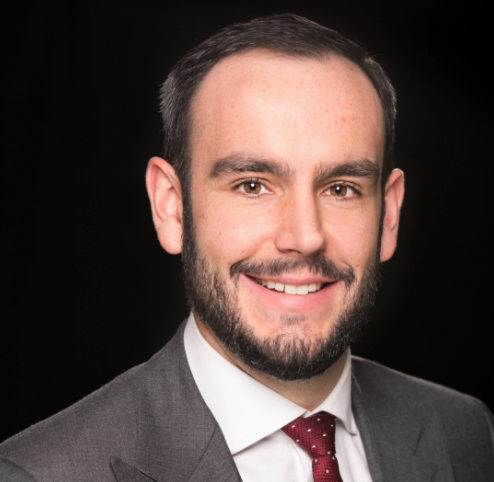 He leads an award-winning team of reporters in providing breaking news and analysis on the ways technology is transforming the operations and services of the federal government. Mitchell covers developments around the use of IT at the White House, Pentagon and Department of Veterans Affairs, among others.

Prior to joining FedScoop in early 2014, Mitchell embedded himself in Washington, D.C.'s tech startup scene for a year as a tech reporter at InTheCapital, now known as DC Inno.

Mitchell previously covered Kentucky's gritty judicial system and law enforcement community as a Kentucky Press Association award-winning crime and courts reporter for the Kentucky New Era. He also freelanced for the Leaf Chronicle, a daily in Clarksville, Tennessee, and the Nashville Scene, an alternative weekly tracing the counterculture of Music City.

After earning his degree at Virginia Tech and winning the school's Excellence in Print Journalism award, Mitchell received his master's degree from New York University in magazine writing while interning at publications like Rolling Stone.

When he's not head down in copy or out talking to CIOs about their newest IT initiatives, you can probably find Billy at a concert, rooting on his beloved Green Bay Packers, trying to hit small, dimpled white ball into a hole, or attempting to brew the perfect tasting beer.

ATF moving all apps, services to the cloud by October

by Billy Mitchell • 23 hours ago

ATF's CTO detailed how the bureau got from "really ignoring" its IT to all-in on the cloud in a few years.

AWS defends its motion to stop JEDI work during protest

by Billy Mitchell • 5 days ago

Amazon Web Services filed a motion Wednesday, as expected, for a temporary restraining order against the performance of any substantial work under the JEDI until the company's bid protest is settled.

by Billy Mitchell • 6 days ago

CenturyLink will support modernization of the Department of Defense Education Activity.

by Billy Mitchell • 7 days ago

by Billy Mitchell • 7 days ago

The task order signals that DOD is continuing to move forward with preparatory work so that it can soon fully kick off the development of an enterprise commercial cloud with Microsoft.

by Billy Mitchell • 2 weeks ago

The administration is now "moving forward" with implementation of the TBM framework, giving agencies flexibility in how they apply it to track and provide transparency around their IT spend.