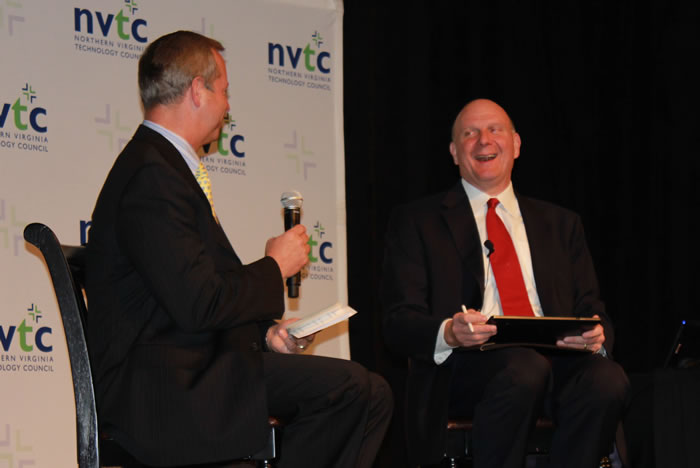 The meat of his presentation focused on Windows 8 that will be released later this year.

“We are reimagining not just computing, but ourselves with the release of Windows 8,” Ballmer said.

He himself just did away with the last analog devices in his office: pen, paper and his white board, the last he says was the hardest to get rid of.

The event also featured a demo of Windows 8 that will be released later this year. The new operating systems aims to be “fast and fluid” with an emphasis on applications that are all cloud connected with other Microsoft devices.

“It’s a spectrum of beautiful hardware,” said Ryan Asdourian, senior product marketing manager for Microsoft and the Windows 8 demo lead. “It features the power of a laptop with the flexibility of a tablet.”