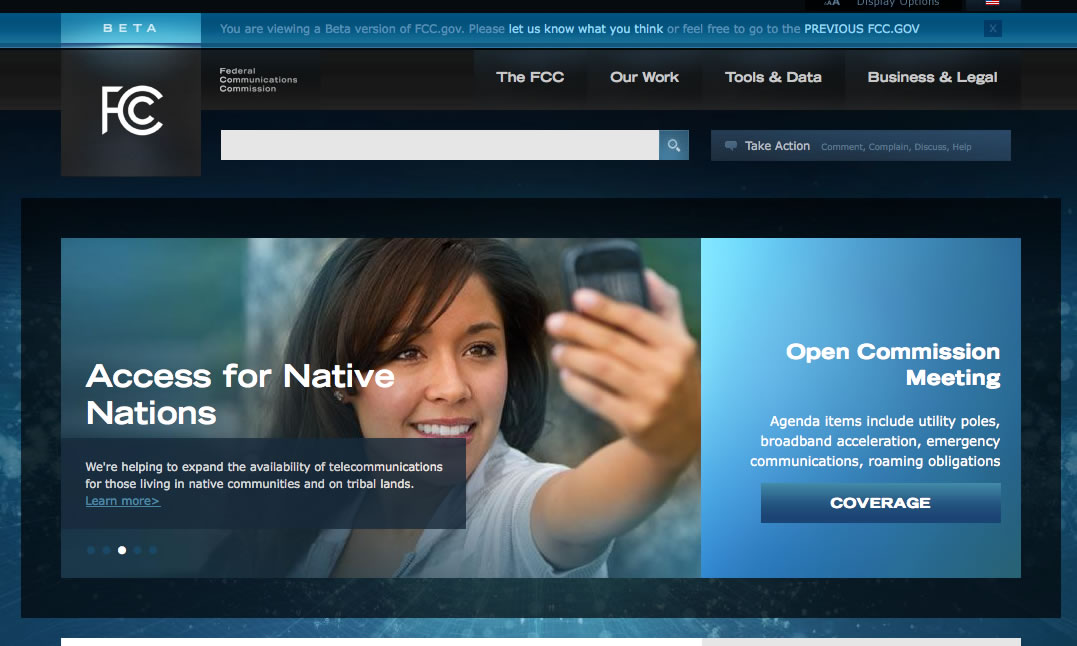 You may have heard that things take longer in government than the private sector, but in modernizing its new Website with modern technology, the Federal Communications Commission had a three-headed monster of efficiency, FCC Managing Director Steve VanRoekel tells us.

It started with FCC Chairman Julius Genachowski understanding the financial and mission benefits of modern technology (he co-founded LaunchBox digital and was managing partner at Rock Creek Ventures) and then appointing VanRoekel (a trusted advisor to Bill Gates during a long tenure at Microsoft) as the agency’s managing director with power over the purse strings.

Add that to agency General Counsel Austin Schlick aggressively lowering the barriers of working with the government and the result was a dynamic Website, reboot.fcc.gov, based around social media traits that launched in Beta on Monday with a full launch expected in about a month.

“With the chairman providing the mandate, me providing the resources and our general counsel making everything run smoothly, we were able to do things in days that could take other agencies months,” VanRoekel says.

So what did the FCC get for its hard work?

First, it looked at the key things users want from a government portal: The ability to search, take action or file a complaint. All of things things are highlighted and made a key portion of the site, including a search box that scrols with the user. VanRoekel tells us the site is also leveraging tagging technology to help group like-minded topics and avoid the Internet silos based on agency departments that existed on the old version.

Also, VanRoekel tells us the site you see today won’t be the site you see even tomorrow. The agency is aggressively looking for feedback from users to what they want to see and how the web site can best meet their needs. “This is a real site for the people,” VanRoekel says.

A few other highlights from VanRoekel’s blog on the launch: