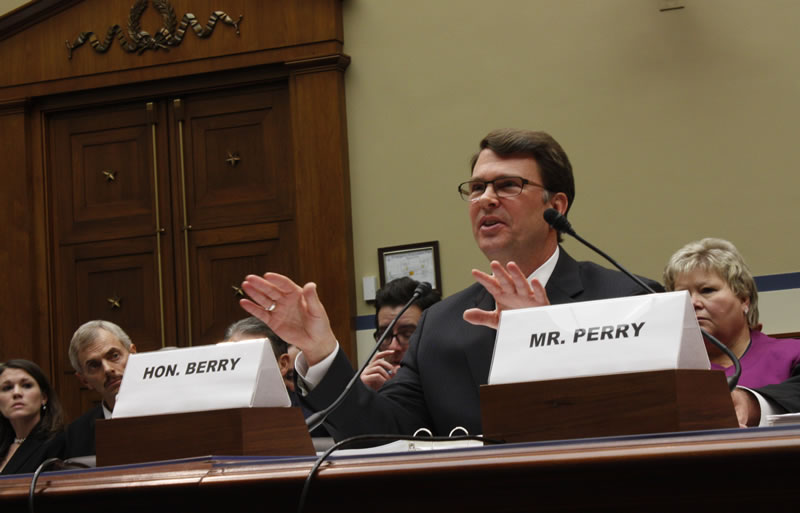 Office of Personnel Management Director John Berry defended the Chief Human Capital Officers Council’s decision to use a hybrid model in creating a new version of USAJobs, saying it was the best way to protect the personal information of job applicants following a breach of previous host Monster.com’s security in 2009.

“Cybersecurity is something we all wrestle with,” Berry said Tuesday before the House Subcommittee on Federal Workforce, “but the council felt that in this project we needed to define what aspects were core to the government and put protecting personal information at the top of that list.”

The site’s issues, though, raised questions about OPM’s ability to do its mission as it currently stands.

“Since taking over the online employment site, OPM has increased its fee to federal agencies using the site for employment postings,” said committee chairman Dennis Ross. “Technical problems continues to plague the website. In other words, taxpayers are now paying for a system that doesn’t work, costs more and takes business away from the private sector. That raises questions about OPM’s decision to craft an in-house system given its poor history of information systems development.”

Berry and OPM came under scrutiny following the relaunch of USAJobs which transitioned from Monster.com to an in-house system with contractor support over Columbus Day weekend and experienced capacity issues while migrating more than 22 million resumes and 17 million user accounts from the legacy system.

The site received approximately 700,000 visitors per day and submitted more than 520,000 applications during its first three weeks. During the first few days the site went online, the site received as many as 45 million page views during a single day, running between 80 and 100 percent of capacity.

Since the early problems, Berry said the department added 10 additional virtual servers, dropping the capacity to about 10 percent.

“Our capacity issues have been addressed, and while during the first week, capacity presented a significant challenge, I am confident this issue has been resolved,” Berry said.

The site also faced a significant issue as users were forced to reestablish their security profiles and passwords that were not transferred with the new system. In a large amount of cases, users were unable to recall passwords or answer security questions they may have created years ago.

To help solve the problem, OPM pulled help desk resources from throughout the agency to assist. He said the number of Help Desk tickets has dropped from more than 4,000 per day to 400 on yesterday, a typical load for a system of that size.

Berry also handpicked a team from across OPM to work on the project, along with a SWAT IT team assembled by Federal Chief Information Officer Steven VanRoekel. The SWAT team conducted a preliminary analysis of the situation, evaluated the operation landscape and prepared a short and long term roadmap to resolving any issues with the system.

If he was to do the project over, Berry said OPM would have focused testing efforts more on the applicant user instead of vendor efforts on the backend of the system.

“We had a bumpy start,” Berry said, “but we believe we’ve made headway and are progressing in the right direction.”

Pat Tamburrino, the Deputy Assistant Secretary of Defense for Civilian Personnel Policy, defended OPM, saying the Department of “has not been hampered” by the issues affecting USAJobs since its relaunch.

He said DoD has posted more than 6,500 new job announcements to the site, processed more than 150,000 job applications, issued nearly 13,000 referral certificates and made over 5,700 selections.

“These numbers tell me that while we experienced some challenges at the start, DoD, in partnership with OPM, has confronted those challenges head-on, dealth with them quickly and effectively, and we are no longer experiencing significant system problems in DoD.”

Tamburrino said the implementation issues of USAJobs are not unlike the complexity of the software issues of a major defense acquisition program. He said OPM responded quickly and aggressively.

“Our decision was, and continues to be, to say the course with OPM,” he said.

Patrick McFarland, the Inspector General for OPM, said that his office is yet to review the USAJobs system development, but plans to initiate two audits in the upcoming fiscal year.

Berry said OPM will bring in additional people to help with the site in the coming year along with hiring the agency’s first Chief Technology Officer to deal with the development of larger scope information technology projects.