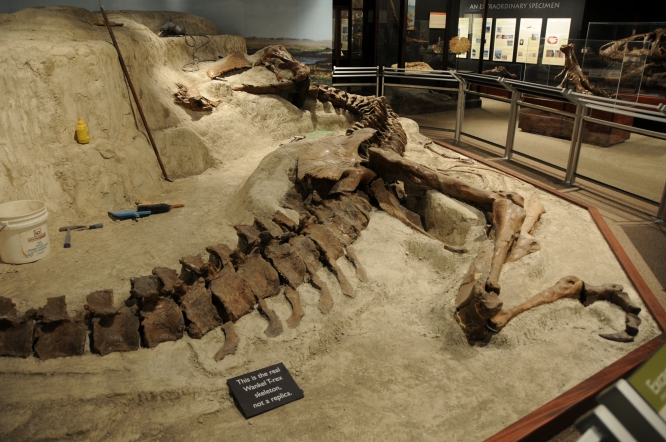 One of the most rare, complete dinosaur skelatels is on its way to Washington.

The National Museum of Natural History announced Thursday it has reached a 50-year loan agreement with the U.S. Army Corps of Engineers to transfer a Tyrannosaurus rex skeleton, the “Wankel T. rex” to the Smithsonian for eventual display in the museum’s new dinosaur hall.

“We are thrilled to welcome this extraordinary T. rex fossil to the Smithsonian,” said Kirk Johnson, the Sant Director of the National Museum of Natural History. “Our museum visitors will be able to marvel at one of the finest dinosaur specimens in the world.”

The Wankel T. rex was found in 1988 by Kathy Wankel, a rancher from Angela, Mont., on federal land near the Fort Peck Reservoir in eastern Montana.

In May 2012, the Smithsonian announced plans to create a new hall of prehistoric life in the National Museum of Natural History in what will be the largest and most complex renovation in the museum’s history. The dinosaur hall is set to open in 2019.