BlackBerry’s Chief Operating Officer Marty Beard said the comments by a former NSA lawyer that the company’s demise is based on its encryption philosophy don’t “make any sense.”

Beard responded to the claims at FedScoop’s FedTalks event Thursday after giving a talk on digitally protecting critical government assets. 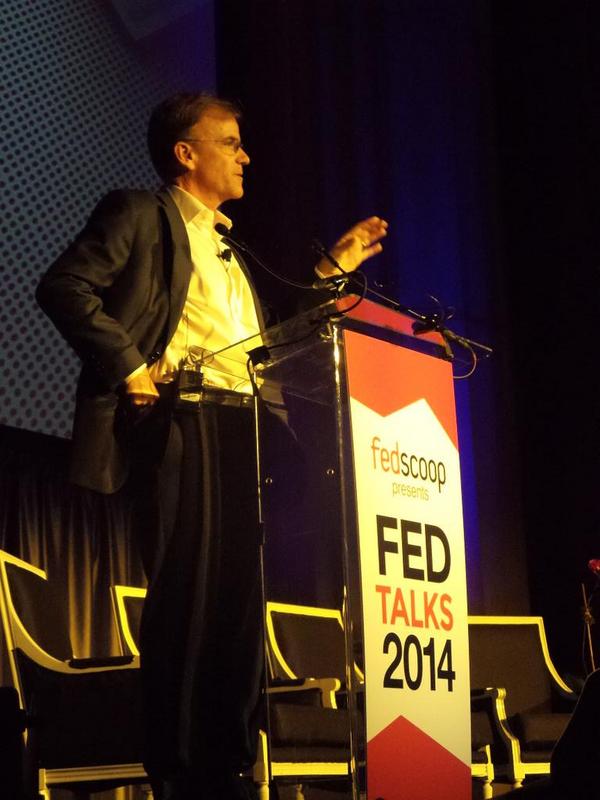 “Security is a topic that’s increasing in importance,” Beard said. “It’s the reason that all G7 countries and the G20 work with BlackBerry.”

At a Web summit in Dublin, Ireland, former NSA lawyer Stewart Baker claimed that BlackBerry’s struggles in the mobile marketplace were due to its encryption efforts and that Apple and Google would follow BlackBerry’s path by including encryption on its mobile devices.

“BlackBerry pioneered the same business model that Google and Apple are doing now,” Baker told a Guardian UK editor. “That has not ended well for BlackBerry.”

“I would take a completely opposite view from that comment,” Beard told FedScoop. “We just see it growing in importance. The increasing cybersecurity threats are exploding, security across all [technology] layers is critical.”

Beard also talked about the company’s restructuring Thursday, including the fact the company increased its cash on hand for the “first time in many, many quarters,” eliminated $2 billion in operating expenses over the last 12 months, and renewed its focus on regulated industries, such as government. Beard also highlighted a Security Technical Implementation Guide approval from the Defense Information Systems Agency for its mobile device management suite.

“Government has always been, far and away, our largest regulated industry that we focus on,” Beard said during his keynote. “And the reason in security.”