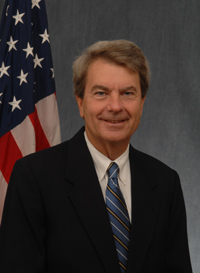 Bureau of Land Management Director Robert Abbey will retire at the end of May, the Department of Interior announced. Abbey will return to his family in Mississippi after three years leading the agency, ending a 34-year career of state and federal service.

“Bob has devoted his life and career to the service of his country and the stewardship of the resources with which we have been blessed,” Interior Secretary Ken Salazar said. “There has not been a time of more real or positive change at the Bureau of Land Management than under Bob’s leadership, from the renewable energy revolution he helped lead and the oil and gas reforms he implemented to the spectacular conservation lands he has helped protect for future generations. We are indebted to Bob for his visionary leadership, for his humility and kindness, and for the remarkable legacy he is passing along.”

“Serving as the BLM Director and having the opportunity to work with the most dedicated public servants in all of government has been the highlight of my career,” Abbey said. “It has been a privilege to work for President Obama and with Secretary Salazar and his team at the Department of the Interior on natural resource and energy issues of national importance. I will always be grateful to the Secretary for the opportunity he gave me and for his unwavering support. I am proud of what we have accomplished together and I leave knowing that our efforts to date will lead to even greater achievements in the months ahead.”