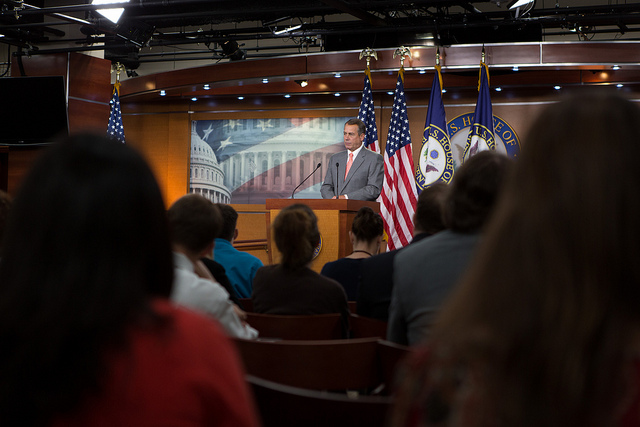 Speaker of the House John Boehner called sequestration a “fiscal cliff” and that he’s not optimistic Congress will be able to avoid it, blaming the Senate and White House for failing to work with House Republicans on a deal, the Washington Times reports.

Asked at a Tuesday morning event if he thought Congress and the White House could reach a deal, Boehner said, “I’m not confident at all.” He said the House has done its job by passing legislation that would replace the sequester cuts and prevent the Bush-era tax cuts from expiring.

He said sequestration would “hollow out our military” with “mindless cuts,” although he agreed to the plan last year, the Times said.

Sequestration, a law that calls for Congressional leaders to reach a deficit reduction plans or mandatory cuts, would take place, split evenly between defense and non-defense related programs.

The cuts would total $1.2 trillion over the next decade and $110 billion in the next year, starting January 2. Congress has until November, just days before the presidential election, to reach an agreement.