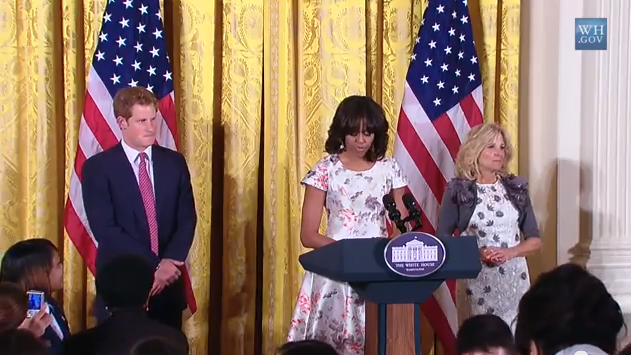 1.4 million – The number of landmines The HALO Trust, the world’s oldest and largest humanitarian landmine clearance organization, has removed since it was founded in 1988. Prince Harry visited Capitol Hill on Thursday afternoon to view a HALO landmine exhibition.

60 – The average number of minutes crowds waited in and outside of Russell Senate Office Building for the crowning moment of the prince’s arrival.

30 – The number of feet from which those holding court to see the ginger prince were kept at bay.

28 – The number of birthdays Prince Harry has celebrated.

12 – The number of months since the royal bachelor’s last D.C. visit.

3 – The number of rock concert-style squeels that erupted from the mostly female crowd during Prince Harry’s visit to the Senate.

2 – The number of people in line before Prince Harry for the British throne. Upon its arrival, Baby Cambridge will jump a spot in front of Uncle Harry.

1 – The number, so far, of unannounced stops on Prince Harry’s Washington visit. Captain Wales took tea at the White House with first lady Michelle Obama, where he surprised some U.S. military families.