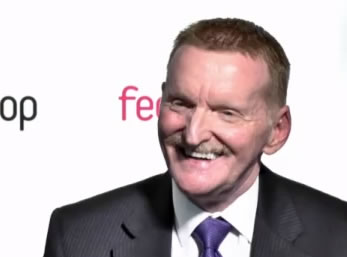 When the Senate approved the $1.1 trillion omnibus spending bill last month, it provided Customs and Border Protection with critical funding that has softened the impact of the massive cuts forced by sequestration.

But while the spending bill provides funding for 2,000 additional CBP officers, it does not eliminate the agency’s massive financial challenges when it comes to infrastructure and enabling technologies. To ensure CBP officers remain capable of operating effectively across the nation’s 7,000 miles of land borders and 329 ports of entry, the agency has given its chief technology officer, Wolf Tombe, new responsibilities for identifying innovations that can improve performance while saving money.

“The goal is always to increase officer effectiveness and enhance officer safety while reducing overall operating cost,” Tombe said in an email to FedScoop. “Due to dramatic budget cuts targeting the Office of Information, a strong focus is being sought on reducing IT costs while increasing efficiencies, thereby allowing OIT to continue to meet mission requirements while doing so with staff and service reductions.”

Central to Tombe’s new innovation focus will be working across the CBP mission offices and with industry, academia, as well as CBP’s Office of Technology, Innovation and Acquisition and the Department of Homeland Security’s Science and Technology Directorate. The goal will be “to identify and quantify innovation that can either enhance mission performance and/or reduce operating costs — ideally both,” he said.

“This encompasses both technology and best practice innovation adoption,” Tombe said. “Because of the dual-focused mission of CBP … working across federal, state, local and tribal law enforcement organizations and international trade and travel organizations are key focus areas for innovation opportunities.”

CBP is the nation’s largest law enforcement agency and is simultaneously responsible for facilitating lawful trade and commerce across U.S. borders.

Tombe’s new innovation portfolio comes as the Senate considers the nomination of Richard G. Kerlikowske to be CBP’s next commissioner. Kerlikowske, a former police chief and former director of the Office of National Drug Control Policy, committed to an aggressive modernization effort during his Jan. 15 confirmation hearing.

“Technology is a game changer,” Kerlikowske said, calling for a continued effort to modernize CBP’s export processes, as well as completing the Automated Commercial Environment, a system designed to facilitate legitimate trade while enhancing border security.

ACE is designed to improve collection, sharing and processing of information submitted to CBP and government agencies by third-party shippers. CBP plans to migrate all of its trade processing, such as electronic manifest clearing, to ACE by the end of 2016.

Mobility is one of the central technology focus areas ripe for innovation, Tombe said. CBP is focusing on “moving away from legacy paper-based processing of cargo processing, which allows cargo to be released once per day at the end of a shift to one where cargo can be electronically processed in real time throughout the day,” he said. “This significantly increases the officer’s efficiency while simultaneously reducing stress and errors associated with a manual paper-driven process.”