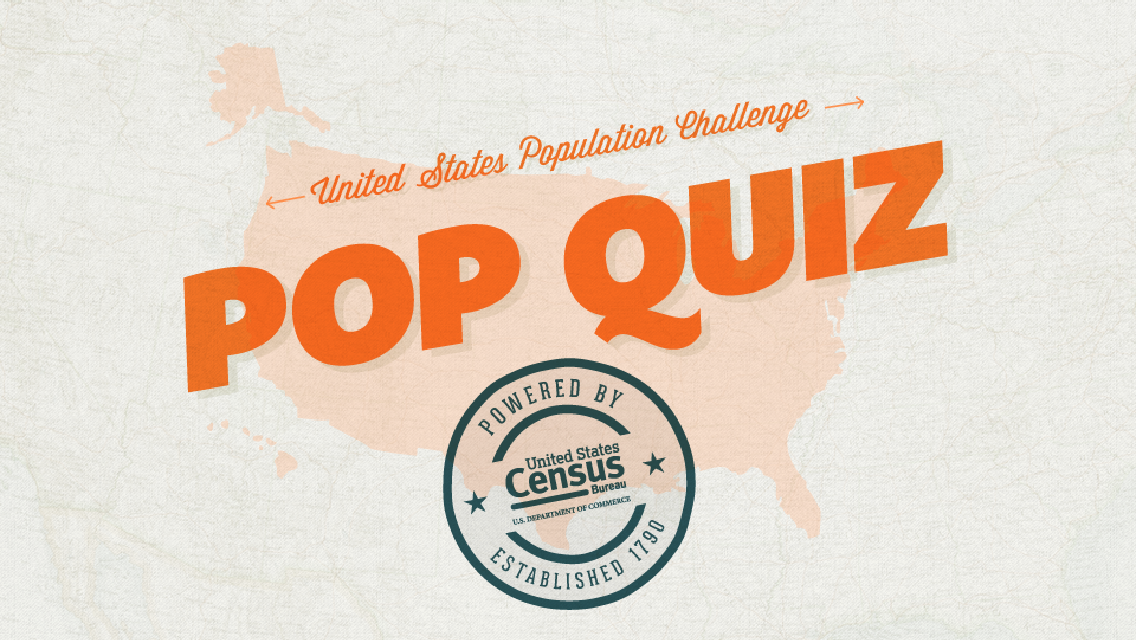 A screenshot of the Census Bureau’s new PoP Quiz app.

No one said the U.S. Census Bureau’s data troves only have to be used for serious study and examination.

Census released an app Wednesday that tests users’ knowledge of demographic facts for all 50 states and the District of Columbia, pulling trivia questions from the bureau’s American Community Survey.

The Census PoP Quiz app covers more than 40 topics from the survey’s information gathering, which covers every neighborhood in the country. Questions are presented in a couple different forms, including bubbles that users pop in order to find the right answer or match the correct measurement to a correct percentage.

As users move through each state, they can collect badges to share on social media, eventually unlocking a grand U.S. challenge after accumulating every state badge.

“Census PoP Quiz provides an introduction to the statistics that define our growing, changing nation and is just one example of how the Census Bureau is making our rich data more accessible than ever before,” Census Bureau Director John H. Thompson said in a release. “It’s a great way for everyone to learn facts about all 50 states, the District of Columbia and the nation in a fun, relevant way.”

PoP Quiz is the third app from the Census Bureau that works in concert with the Commerce Department’s open data priorities and the federal government’s Digital Government Strategy.

The Census Bureau also offers dwellr, an app that enables people to compare up to 25 cities or towns in order to find one that best fits their lifestyle, and America’s Economy, which gives real-time updates to 19 key economic indicators from the Census Bureau, Bureau of Labor Statistics and Bureau of Economic Analysis.

PoP Quiz can be found on both iOS and Android platforms.