New economic pressures, coupled with emerging threats in cyberspace, have forced a fundamental restructuring of the global defense market as the world’s focus shifts from counterterrorism to a broad array of regional crises and cyber operations.

These and other dramatic changes to the defense strategies of 50 of the world’s biggest defense spenders were detailed in the 2014 Global Defense Outlook report, released June 4 by Deloitte. The global economic downturn, combined with a wide array of new cyber threats and capabilities, is driving massive changes in how nations organize and equip their military forces. The report paints a picture of a future in which the rich may no longer field the most capable militaries, where the poor have opportunities to boost defense investments and partnerships and where cyber capabilities are the great equalizer. The winner of this new global framework, according to the report, will be not the nation that can spend more, but the nation that develops a defense establishment better able to adapt to change.

China posted the largest increase in defense spending between 2008 and 2013, boosting its annual budget by $60 billion. That was followed by Russia’s $21 billion annual increase and Saudi Arabia’s $16 billion. The largest decrease in defense spending occurred in the United States, which during the same period cut military spending by $53 billion, according to the report. Still, the U.S. spends more on defense than the next eight countries in the top 50 studied in the report.

But the increasing global cyber threat is one area that continues to get a lot of attention and investment from most countries.

Surprisingly, industrial targets accounted for one-half to two-thirds of all cyberattacks reported in the wealthier top 50 countries in the study, while cyberattacks in lower income nations primarily targeted government networks, according to the report. The authors attribute the disparity to the lucrative nature of targeting industrial organizations and the increased security present on most government networks in top 50 nations.

Meanwhile, the world’s top military powers continue to organize, train and equip forces for cyberwar. In addition to China and the U.S., India, Russia and South Korea each announced plans to establish dedicated cyber forces. India announced plans to train 500,000 cyberwarriors by 2017 and stood up a joint military cybercommand.

Russia is undertaking its largest rearmament program since the breakup of the Soviet Union, with defense spending set to increase by more than 60 percent from 2013 to 2016, according to the report. “In calling for a new national defense plan, President [Vladimir] Putin proposed that increased capital spending should be allocated to address cyberwarfare, unmanned systems, and countermeasures against precision-guided conventional weapons,” the report states.

“Resources once devoted to tanks and battleships are now required to develop network security and offensive cyber techniques,” the report concludes. “In fact, defense ministries worldwide continue to reduce inventories of tanks, warships, and active-duty armed services members, while investing in modernized aircraft and other assets.” 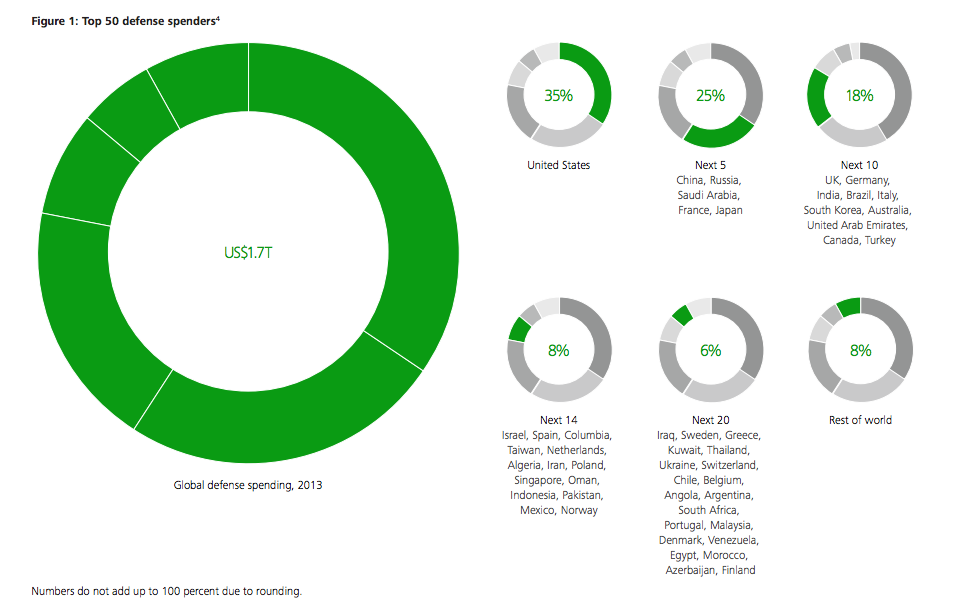 by Jackson Barnett • 2 mins ago
Defense