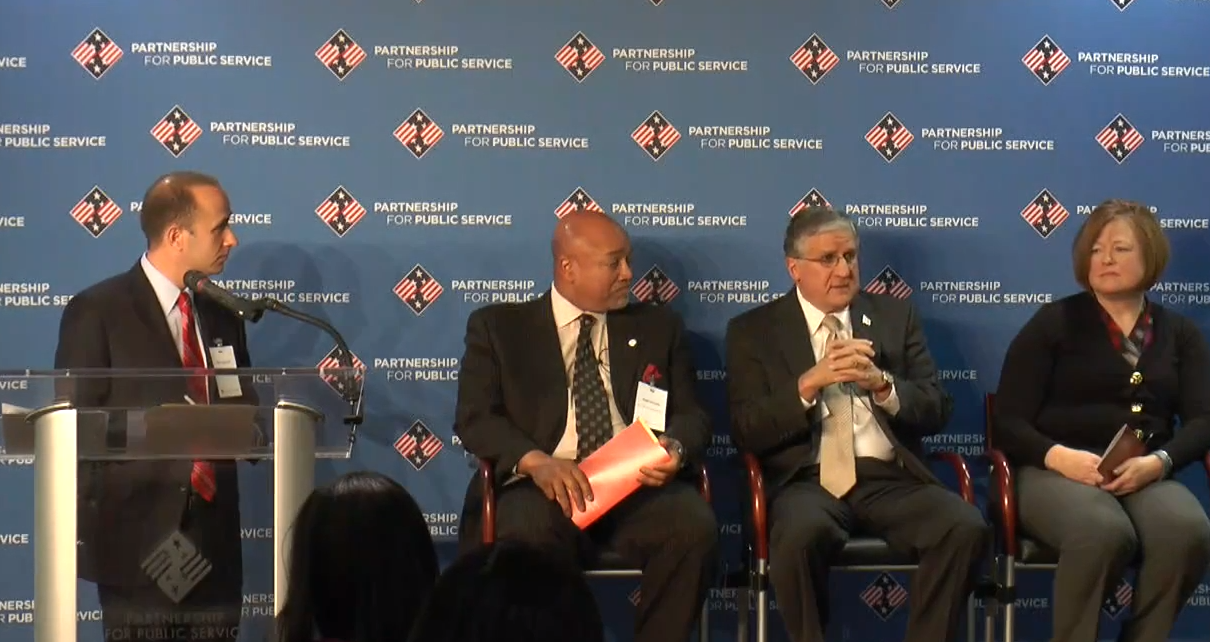 Federal chief human capital officers are acting as strategic and operational leaders, as well as the primary executive advocates for the workforce, in spite of challenges such as decreasing budgets and changing mandates, according to a CHCO Federal Roadmap released Feb. 19 by the Partnership for Public Service.

The roadmap was produced to give insights into the role CHCOs play in helping agencies deliver mission results and to facilitate collaboration between federal executives and CHCOs.

“We’ve evolved as a group,” Reginald Wells, CHCO for the Social Security Administration, said at an event for the roadmap’s release in the Partnership for Public Service headquarters in Washington, D.C.  “Collectively, we don’t understand [CHCOs’] power.”

The roadmap outlines core areas for which CHCOs are responsible. The areas include strategic planning, where CHOCs must align human capital strategies with resources and mission outcomes and talent management where leaders have to hire, recruit, develop and retain employees.

CHCOs are also responsible for performance culture and evaluation of employees and missions, according to the roadmap.

Though CHCOs have a wide range of duties, they must still manage continual changes and challenges in their jobs.

“The budget has taken precedent over pretty much everything,” Wells said. “We are delayering and reducing the number of managers.”

“The lowest point in my career was furloughing employees,” he said at the event. “It was embarrassing.”

To combat to budget challenges, CHCOs have been adapting by making the best use of existing human resource tools, according to the roadmap.

Still, other challenges are harder to solve, according to Corsi.

“We need to plan strategically rather than have a rule set change every year based on legislation,” he said.

All of the CHCOs at the event agreed they are getting more time at the table with agency leaders and play an important role in agency workforce decisions.

by Billy Mitchell • 2 days ago
Modernization