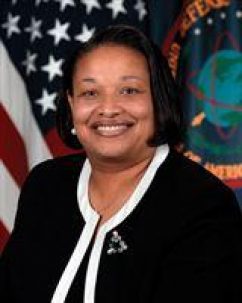 The Defense Intelligence Agency has named a new chief information officer, promoting Janice Glover-Jones from her role as deputy CIO.

Glover-Jones has been serving as acting CIO since Grant Schneider announced in October he was stepping down. Schneider, a FedScoop 50 winner, recently joined the Office of Management and Budget.

Glover-Jones has been with DIA since July 2012, helping oversee a budget of over $600 million that supports more than 20,000 customers around the world.

She has also served as a program manager at the National Geospatial Intelligence Agency.

Glover-Jones will be leading an organization that has made large strides in big data analytics and process re-engineering, aiming to be an innovator in the intelligence community. Read more about those efforts here.

by Billy Mitchell • 22 hours ago
Defense