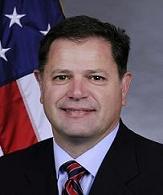 Department of Commerce Assistant Secretary for Economic Development John Fernandez will step down from his position and return to the private sector, the agency announced Thursday.

For the past two and a half years, Fernandez led the Economic Development Administration where he was responsible for the federal economic development agenda by promoting innovation and helping America’s communities build the foundation for long-term growth.

“The Obama administration has been fortunate to have a passionate leader like John who understands the president’s economic agenda and who has worked tirelessly to spur innovation, create jobs and an support an economy that’s built to last,” U.S. Commerce Secretary John Bryson said. “John will be missed, but he has positioned EDA to continue to leverage private-public investments, support bottom-up strategies, and build 21st century infrastructure. We wish him success in his new role.”