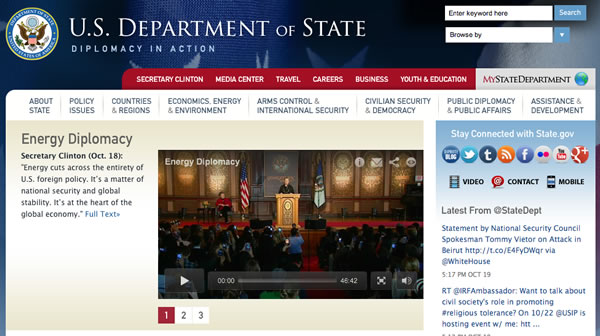 The General Services Administration released a report from web analytics firm comScore on the usage of federal websites.

The top 75 government websites were evaluated on certain quantitative and qualitative dimensions in order to determine areas of relative strength as well as potential opportunities for improvement. Websites were divided into three categories: interactive, directional or research.

The top-scoring sites were not only well-designed and aesthetically appealing, as determined by the qualitative analysis, but were also better able to engage their audience than the average site within their category. Sites scoring in the middle of the pack tended to have average visitor engagement compared to other sites in their category and at times exhibited minor design issues. The lowest-scoring sites tended to have comparatively low visitor engagement metrics combined with lower design quality.

The report supports GSA’s new federal-wide Digital Analytics Program, which provides tools and guidance to help agencies use digital metrics to add value to their programs and mission. The efforts are part of the larger Digital Government Strategy and Executive Order on Streamlining Service Delivery and Improving Customer Service aimed at transforming how federal agencies improve the customer experience to citizens.

by Sara Wilson • 4 days ago
Tech