Senate and House lawmakers Monday announced a compromise agreement on a $632.8 billion defense policy bill that must now be sped through Congress to avoid major disruptions in pay, bonuses, health care and major procurement programs that expire Jan. 1.

The National Defense Authorization Act for Fiscal Year 2014 authorizes funding for the Defense Department and the national security programs of the Energy Department.

“This is a bipartisan bill that meets our obligations to our men and women in uniform and their families and includes important reforms and authorities for the Department of Defense,” said Sen. Carl Levin, D-Mich., chairman of the Senate Armed Services Committee. 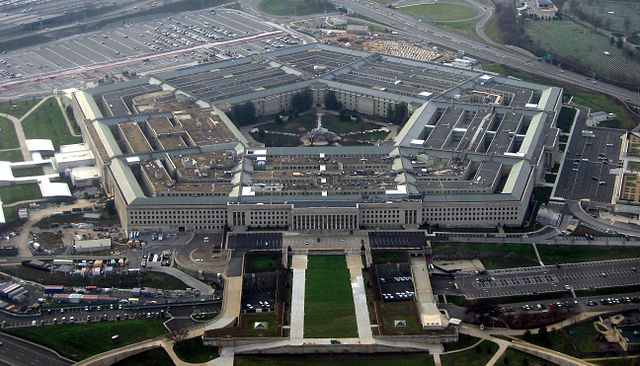 Although full details of the bill are not yet available, it would authorize more than $2.3 billion in operations and maintenance funding for the active and reserve components designed to reverse readiness problems caused by sequestration.

The measure also addresses several technology programs and initiatives, particularly those related to counterinsurgency operations, surveillance and cyberwar. For example, it authorizes $1 billion for the Pentagon’s counterimprovised explosive device initiative, provides an increase of $25 million to conduct technology upgrades to MQ-9 Reaper drones operated by the U.S. Special Operations Command, and requires the Pentagon to develop a “comprehensive strategy for integrating the reserve components into a total force solution” for U.S. Cyber Command.

According to a House Armed Services Committee summary of the bill, the measure would require DOD to conduct a mission analysis for cyber-operations and examine the proper balance of cyber-capabilities across national security organization as well as a report on the coordination of cyber- and electronic warfare activities.

The bill would also require DOD to provide congressional notification when investigations are initiated or completed regarding network cyber-intrusions that result in the compromise of critical information.

Additionally, the NDAA would require the Defense Science Board to conduct an independent assessment of the organization, missions and authorities of U.S. Cyber Command, and require DOD to create standards for cyber-operations training.

Lawmakers also expressed their concern about Chinese cyber-espionage targeting U.S. nuclear weapons technologies. The bill would grant new authorities to the Energy Department to ensure the integrity of its information technology supply chain.

“This is similar to authority available to DOD and the intelligence community and is critical following the discovery of Chinese-supplied technology linked to the People’s Liberation Army at one of the nation’s most important nuclear weapons laboratories,” according to the House summary of the bill.

Research and development received a boost in the bill, with a five-year extension of authorities to provide for the exchange of information technology personnel between private industry and DOD. The NDAA also authorizes the ability to award prizes for advanced technology achievements.

The bill would also add $34.8 million for the DOD inspector general to enhance oversight and help identify waste, fraud and abuse in DOD programs, especially in the area of procurement. According to a summary of the bill published by the Senate Armed Services Committee, DOD IG investigations last year saved the department $3.6 billion — “a return on investment of $10.81 for every dollar appropriated.”

The measure also cuts $37 million in research and development funding for the Warfighter Information Network-Tactical demonstration and evaluation for what the Senate characterized as “excess program growth.”

WIN-T is the Army’s mobile battlefield network and is considered the centerpiece of the service’s network modernization. The $6 billion contract provides mission-critical voice, video and data to soldiers, on the move in their vehicles. In October, the Pentagon approved a $111 million contract to General Dynamics C4 Systems for the latest version of the system.

Levin said he hopes the compromise measure will pass the House before lawmakers leave for recess Friday. But passage is far from guaranteed. Many lawmakers have problems with one or more of the hundreds of proposed amendments to the bill, including those dealing with the disposition of prisoners currently held at Guantanamo Bay, Cuba, and the failure of the bill to address the military’s handling of sexual assault cases.

In a joint statement, House Armed Services Committee chairman Rep. Howard P. “Buck” McKeon, R-Calif., and ranking member Rep. Adam Smith, D-Wash., said: “time is running short to reach an agreement this year, but it has not yet run out. There are still pathways to passage for this vital bill.”

Defense Secretary Chuck Hagel told reporters at the Pentagon the possibility exists that for the first time in 51 years Congress may not pass a National Defense Authorization Act. Chairman of the Joint Chiefs of Staff, Gen. Martin Dempsey, Monday sent a letter to lawmakers urging them to pass the bill, characterizing the authorities contained in the measure as “critical to the nation’s defense.”

“This is not the best way to proceed, but our troops and their families and our nation’s security deserve a defense bill, and this is the only practical way to get a defense bill done,” said Levin, speaking Monday on the Senate floor.