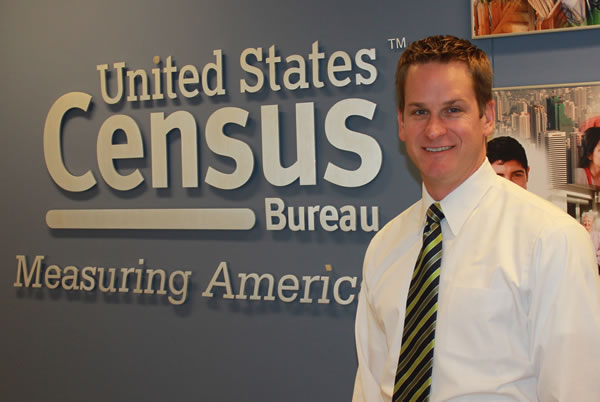 A little over a week ago, the Census Bureau debuted an application programming interface and its first mobile app, but that’s only the beginning in what will be an exciting six months for the agency.

FedScoop sat down with Steve Buckner, the director for the Center for New Media and Promotions at the U.S. Census Bureau, who said the agency plans to launch two more mobile apps in addition to the one that already came out, overhaul its homepage and create a more mobile-friendly web page for users – all within the next few months.

On July 26, the Census Bureau launched its API that provides both 2010 Census and American Community Survey statistics for every neighborhood in the country. It’s part of the agency’s goal to further open its data.

The app, which was posted to the Android app store last week, called “America’s Economy,” will let economists, planners and policy makers have greater access to key indicators about the health of the American economy. The app will be available in the Apple store shortly.

As for future projects, Buckner said the agency is simply looking for ways to use the mountains of population and economic data it gathers each census and find more effective ways to get it into the hands of users.

Buckner said the two new apps will be released between September and November. One aims to focus on gamification, where people can compare population and economic statistics with the world around them, and then compare with others on social media.

The second app deals more with place: For instance, what are the statistics of the area you currently live and what would you like in the ideal place you’d like to live, ideally helping people find the best places to live based on their preference.

“From a mobile standpoint, we said we need to put some mobile apps in there to increase the awareness about how census statics can impact your daily life,” he said.

Bucker said with approximately 10 percent of the U.S. population moving each year, the app has the ability to be very useful for a large audience.

We went through a whole exercise where we said, ‘what is the key data that we feel like would be important to the American public?'” Buckner said. “We thought about what are the things that people are actually doing with their apps? We didn’t want to just be in the business of doing ‘hey, let’s do mobile apps just because it’s cool.’ We wanted to serve a particular function and serve our users and expand our user base.”

In many ways, the Census.gov redesign has already begun. Buckner said over the past six months the agency has made steady improvements that the agency has been able to monitor users reaction and customer satisfaction each step along the way.

“People want a more efficient government. They want to know a little bit more about what is going on, so we need to be more transparent,” he said. “With what we’re doing on census.gov, it will be a model for transparency in terms of not just the statistics that we collect, but how we do it and encouraging that feedback. So, a user will be able to generate any kind of feedback on our site and let us know, ‘hey I didn’t like this. What do you think?’ and we’ll look at the feedback.”

Finally, one of the big movements coming is making the site more mobile friendly.

“We have a mobile pilot that we will be pushing forward, where smart phone users will have a better experience on Census.gov because it will be a tailored site that will render our high value information to them,” Buckner said. “Certainly, they can always go back and see the entire site if they want to, but we’re trying to pick and choose about what is the most important information that you’re going to want on the go.”