The Senate again voted down the Cybersecurity Act of 2012 on Wednesday, further opening the door for a cybersecurity executive order from President Obama.

A procedural motion to move forward on the Cybersecurity Act, introduced by senators Joe Lieberman and Susan Collins was rejected in a 51-47 vote despite efforts from Secretary of Defense Leon Panetta and other national security leaders to enact the legislation. 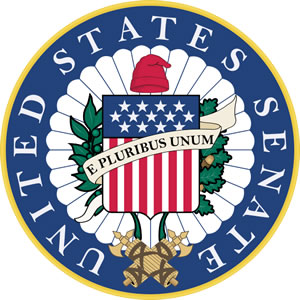 “Secretary Panetta was disappointed to learn that the Senate failed to move forward on the Cybersecurity Act of 2012, which would have enhanced our nation’s ability to protect itself against cyber threats, which are growing at an alarming rate,” said Pentagon spokesman George Little. “Cyber attacks threaten to have crippling effects on America’s critical infrastructure, and on our government and private sector systems.”

He continued, “The U.S. defense strategy calls for greater investments in cybersecurity measures, and we will continue to explore ways to defend the nation against cyber threats.  New legislation would have enhanced those efforts.  If the Congress neglects to address this security problem urgently, the consequences could be devastating.”

The bill was originally blocked by the Senate in August over concerns from the U.S. Chamber of Commerce that it would put burdensome regulations on companies that deal with critical infrastructure to the U.S. government.

Over the past several weeks, there has been wide speculation that the Obama administration is creating an executive order that would contain most aspects of the failed bill, but that has yet to see light.

“The bill that was and is most important to the intelligence community was just killed, and that’s cybersecurity,” Senate Majority Leader Harry Reid told The Hill following the vote. “Whatever we do for this bill, it’s not enough for the U.S. Chamber of Commerce. So everyone should understand cybersecurity is dead for this Congress. What an unfortunate thing, but that’s the way it is.”