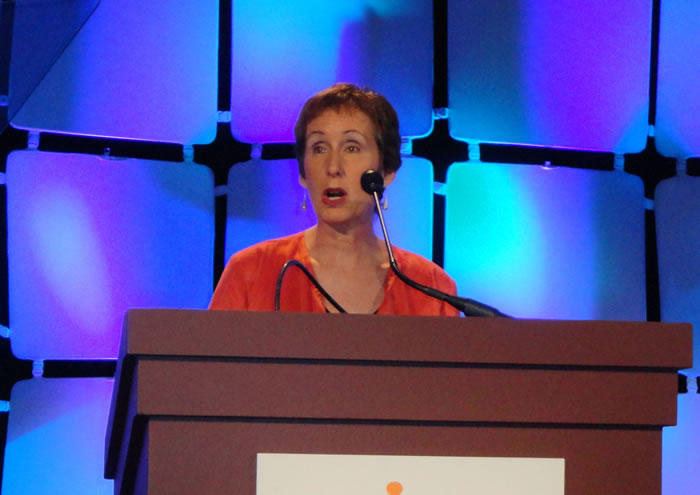 How many new federal buildings will the General Services Administration buy in the upcoming fiscal year? Try none as in zero, zilch and nada.

Not the easiest thing if you are trying to create a futuristic work environment, but GSA Administrator Martha Johnson says that’s the goal as the agency is focused on retrofitting federal buildings with the latest in workplace innovations. The idea is to create smart buildings that adapt to the behaviors of the employees inside of them to be as efficient as possible.

All of that will help with the ever-tightening federal fiscal budgets.

“It used to be that the government was told to go on a fiscal diet,” Johnson said this morning at The American Council for Technology – Industry Advisory Council Executive Leadership Conference in Williamsburg, “but now are stomachs are being stapled. The reality is we are going to lose weight now either one way or another.”

So what exactly will be going on in these buildings? Johnson pointed to a federal building in San Francisco as the archetype of what the future can look like.

For instance, the agency is collecting gathering tons of microdata on things like having sensors adjust the temperature of a given part of the building based on the number of people walking around. The project alone, Johnson said, could save $1 per square foot in energy usage.

GSA is also looking at the surrounding areas. At the San Francisco building, employees are aloud to take “hot days” since the building does not have air conditioning since there are no snow days. No air conditioning means less money spent on energy.

“At GSA we are already very good at being efficient,” Johnson said. “Our buildings are 22 percent more energy efficient than the private sector and our mobile workforce is well down the road, but with the budget constraints we need to be even better.”

Johnson said GSA has also undertaken its Fast 50 program where 50 government buildings have been smart-wired together to understand the performance of the building and what is best for the tenants.

Johnson said that GSA’s headquarters typically is about 40 percent full on a given workday. That could rise to 80 percent if a luminary like Michelle Obama is visiting, but could also drop to 30 percent on a Monday or Friday.

The conclusion is that the federal government is overbuilding. She said that the old headquarters on F Street used to hold approximately 2,000 employees, but will have 4,500 once it reopens, but its not about “squishing people into a space.” Johnson said employees will be able to “hot desk” when they need a workspace or schedule workspace when a group they are working with plans to meet. The rest of the time they can work “at home, at a conference, at a customer site, at a Starbucks or all the places they are already doing,” Johnson said.

Other notes from Johnson’s speech: