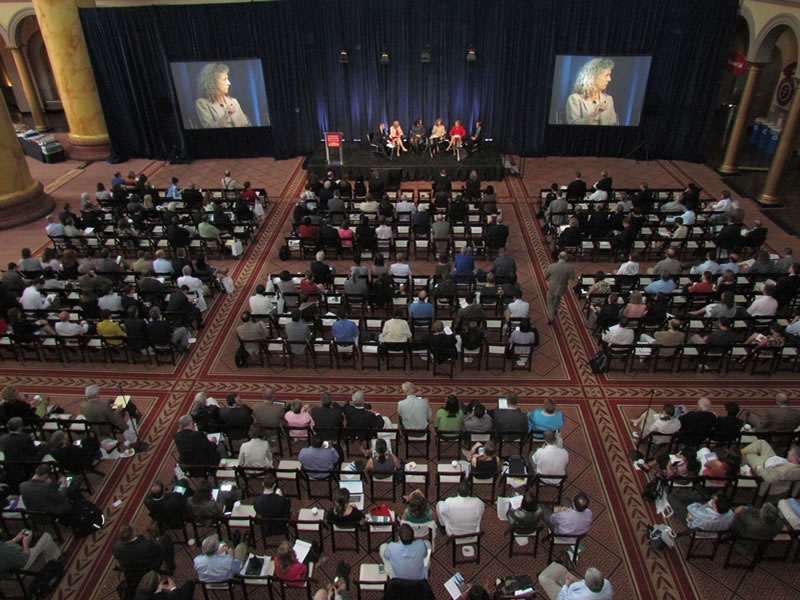 With the ability to collect and analyze data in real time, cities worldwide are at an inflection point with the ability to create sustainable systems that will fundamentally change the way people live and interact with their government, according to a panel at this morning’s Innovative Cities forum hosted by the National Building Museum.

“What we’re seeing is the ability to use data to create a system of systems that can make cities and the people who live in them more efficient than ever before,” said Michelle Moore, Federal Environment Executive for the Obama Administration. “We’re at a point where cities can gather more data to plan big picture or for citizens to use things in their individual day-to-day lives.”

For example: IBM Public Sector General Manager Anne Altman says cities can her company’s platform Cities in Motion to get real-time data on how people move: where they drive, where they go socially, where they go for recreation to create a digital outlay of the city.

That information can be used to create better roadway systems to lessen traffic jams or planning of community projects like adding green space.

On the micro level, citizens can get real-time data on water usage in their home and the areas water is being wasted specific to them, a project that already saved the city of Dubuque, Iowa 65 million gallons of water last year or a 6% savings.

Another project also came in San Francisco where government provided parking information led to a company to create an app that shows unoccupied parking spaces or the nearest parking garage in a person’s price range, cutting down on the amount of time people circle looking for a space.

“More so than just providing data, the flood of information allows for a more informed citizen base that will stop governments from manipulating or abusing information in city planning that was a saddening trend decades ago,” said Rockefeller Foundation President Judith Rodin.

Rodin pointed to Nairobi, Kenya, where grant money was used to collect data from the slums: previously uncharted economic and populous data that previously gave law-makers an excuse not to provide services to that area.

“Technology is giving people a voice from the ground up, especially in developing countries,” Rodin said. One of the biggest challenges for governments, said OMB associate director for General Government Programs Xavier de Souza Briggs will be changing the perception that privacy is being lost.

“The biggest key is going to be to find better ways and increasing use of social media platforms for people to comment and be involved in the process,” de Souza Briggs said.

by Dave Nyczepir • 6 days ago
Cyber