House Democrats rallied Wednesday to block legislation that would have dealt a substantial blow to open data efforts at the Securities and Exchange Commission by eliminating the requirement that companies submit standard financial reports using a structured, searchable open data format.

The provision, introduced by Rep. Robert Hurt, R-Va., was part of the Promoting Job Creation and Reducing Small Business Burdens Act (H.R. 37). The bill needed two-thirds of the House to pass, but Democrats managed to garner enough support to defeat the measure by a vote of 276-146.

But the bill’s defeat tells only part of the story. The Hurt provision, which he also introduced as a standalone bill last session, not only threatened the future ability of the SEC to eliminate financial fraud and protect investors, but also underscores the agency’s failure to manage the deployment of new data standards that are critical to accurate financial reporting and oversight.

At issue is the SEC’s failed attempt to date to move companies away from text-based financial filings to fully searchable electronic filings based on the eXtensible Business Reporting Language (XBRL) structured data format. Although the XBRL initiative started in 2009, the SEC still collects a text and a data version of every financial statement submitted by nearly 9,000 publicly traded companies. Not only has the dual requirement increased compliance costs for firms, but it has led to some startling errors in reporting, according to Hudson Hollister, the executive director of the Data Transparency Coalition and a former SEC attorney. 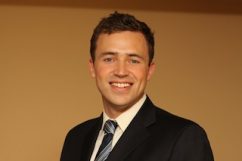 “The SEC did a very poor job rolling out this requirement,” Hollister told FedScoop. “Companies have to submit a document, and they also have to submit the [XBRL] data. And because the agency hasn’t enforced the quality of the data version, we still have a lot of data quality problems and investors are not using the data. If investors and stock market analysts were using this data, companies would have an easier time raising capital, analysts would be able to cover more companies and companies would see a lower cost of raising capital. None of those theoretical benefits are happening.”

The Sarbanes-Oxley Act of 2002 requires the commission to review the disclosures and financial statements of companies reporting under the Exchange Act at least once every three years and more frequently where circumstances warrant. In addition to these mandated reviews, the SEC’s Corporation Finance Division selectively reviews registration statements and other filings made for public offerings, business combination transactions, and proxy solicitations.

Hollister acknowledged that many in Congress are dealing with “justified frustration” over the SEC’s handling of the XBRL reporting requirement. But it is the SEC that is responsible for allowing the XBRL standard to languish, he said. “Congress should be directing the agency to fix it not eliminate it.”

The SEC did not return FedScoop’s request for comment by publication time.

Data accuracy remains one of the biggest challenges facing the SEC when it comes to the new XBRL filing requirement. Hollister blames the data accuracy problems on the SEC’s lack of enforcement and its antiquated, paper and pencil-based verification processes. “There are all sorts of very simple errors in the data versions of these financial statements,” he said. “Companies are flipping positive and negative signs, they’re transposing decimal points and inserting errors that cause wildly inaccurate numbers. These are the kinds of errors that if they showed up in the document versions of the financial statements the SEC would automatically ding the company and require the company to fix it. But the SEC hasn’t taken any of those actions with regard to the data version.”

With the exception of one letter the SEC sent to all public companies last July, the agency hasn’t taken a single action to enforce the quality of the data versions of corporate financial statements, according to Hollister. “That’s why the requirement hasn’t worked. And we don’t think it is time to throw up our hands and say this is never going to work,” he said.

There are also cultural reasons for the mismanagement of the move to XBRL, according to Hollister. The Division of Corporation Finance, which is in charge of receiving the financial statements from public companies “is still using pencils and calculators to check the math,” he said. “When they receive a filing, they print them out, they put them on a desk and they review them with pencils. I saw them do it.”

The SEC has promised a change to a new data format called inline XBRL, or iXBRL, that is both human and machine-readable and works the same way as a Web page. “They’ve been considering that for well over 18 months. The trouble is time is running out,” Hollister said. The Data Transparency Coalition plans to lobby Congress to separate the Hurt provision from H.R. 37 and to consider it on its own merits. “Congress is saying ‘forget this, this is not working for the companies.’ If this law passes, the SEC can’t switch to iXBRL because the law is going to forbid it,” Hollister said. “If this law passes, it’s too late.”