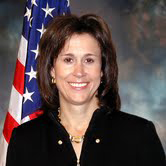 “We are truly excited to have Ms. Davie and Mr. Ash step into their new executive leadership roles and continue the outstanding level of collaboration with IAC and industry stakeholders,” said Prashant Gaur, current ACT President. “They have both been involved in ACT for a number of years, playing an active role in advancing our mission to improve the business of government through industry-government collaboration.”

As part of ACT’s new governance structure, the newly created Senior Government Advisory Council will be comprised of ten high-ranking government executives who represent a cross-section of functions involved in the acquisition, management and use of IT assets in government, to include chief information officers, chief financial officers, chief acquisition officers and program executive officers.