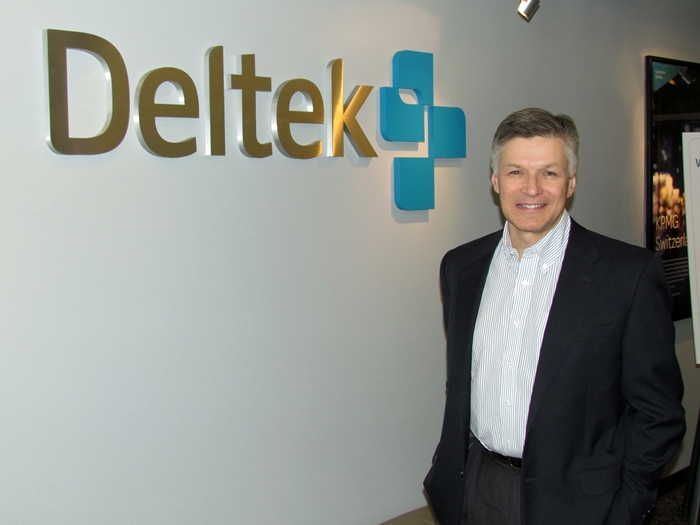 From the outside it appears Deltek and Bloomberg are launching a government market analysis cold war following Deltek’s acquisition of FedSources last week, but Deltek CEO Kevin Parker says that isn’t the case.

“Honestly, we haven’t spent a lot of time thinking about that, but instead we are focusing on solutions our customers tell us they want,” said Parker, noting that a lot of the company’s new business comes from creating new features and add-ons for the company’s existing customers that now number close to 15,000 globally.

In acquiring FedSources for $26 million, Parker sees creating a more robust market analysis offering: INPUT has the reputation of focusing broadly on the general government marketplace with its in-depth research while FedSources has the reputation for digging very deeply into certain areas such as DoD and the intelligence community.

While the two have been arch competitors for quite awhile, Parker says that in reality the two companies have been flirting with joining forces for years and now can do so under Deltek’s Information Solutions umbrella that also includes its GovWin network (not to mention the fact it combines two of the best well-known industry analysts in Kevin Plexico and Ray Bjorklund). And the money the two companies spent competing against each other can now be used for collaborating together to develop new and better solutions for its customers.

As for the future, Parker jokes after each acquisition (the company has done three major ones in the past nine months, adding more than 500 employees to its growing global organization) that he says he’s done for the near future, but he’s learned now not to say otherwise. In the broader scope, the move shows the growth of Deltek over the past five years from noted creator of ERP and program/project management software for government contractors to a company that is creating a more comprehensive solution that starts at market capture and business development and runs through the end of the project for government contractors and the professional services industry.

“We’ve gotten a lot done in a short amount of time, so now we’ll be integrating the solutions as quickly as possible, and it’s going to be very exciting to launch our combined solutions to the market,” Parker says.

Now the question at least on everyone’s mind is how will Deltek and Bloomberg fair in the market? A source with knowledge of Bloomberg’s government operation, tells us the company is struggling to get subscribers because of its high cost ($5,700 per terminal) that is pricing out a large portion of the market, even though the company’s service is reported to be a game-changer in the government information marketplace. The source, though, added that the company is determined to make the government operation work and won’t let an early setback slow them down, so the next six months look to be particularly interesting.