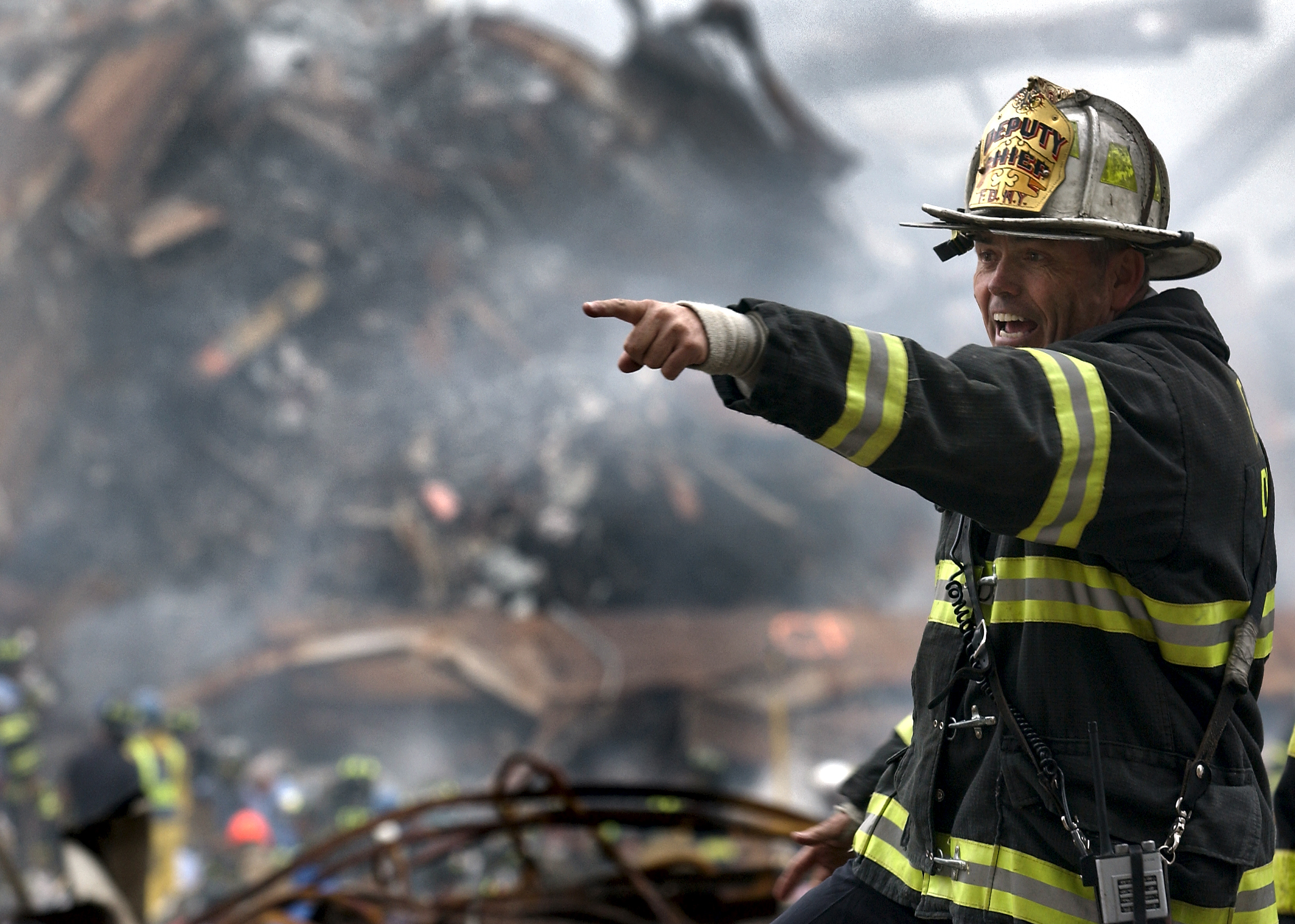 More than 400 emergency responders, including 343 firefighters, lost their lives responding to the attacks on the World Trade Center in New York City on Sept. 11, 2001. (Credit: Wikipedia)

Anytime disaster strikes, emergency communications are of utmost importance, and that proved especially true on Sept. 11, 2001, when more than 343 firefighters lost their lives responding to the aftermath of terrorist attacks on the World Trade Center in New York City. And while little progress has been made in the last 13 years to improve communications for first responders, a new project led by the Department of Homeland Security with research by the Pacific Northwest National Laboratory hopes to leverage the Internet of Things to provide the life-saving communications capabilities our nation’s heroes need.

Earlier this summer, DHS introduced the Responder Technology Alliance, established by the First Responders Group within its Science and Technology Directorate.

“Essentially its purpose is to try to enable what we’re characterizing as the responder of the future, so that that responder is fully aware and able to sense both hazards and opportunities and is capable of responding to those in a manner that is safer than they are today,” said Steve Stein, director of PNNL and project lead for the lab. “It’s trying to envision that future and then developing solution sets that are essentially an integrated solution set that provides greater protection, greater awareness, better communication capabilities, particularly in those places where you’re not GPS enabled, and it enables them to do their jobs better.”

Under that larger program to advance the development of technologies critical to emergency response, PNNL recently submitted a request for information about a project called the Responders Integrated Communication System. Whereas emergency responders now have a collection of independent items like protective equipment and power systems with which they do their jobs, DHS and PNNL hope to bring those together in an interconnected environment.

Stein said they are looking for an “integrative piece, that integrative element.” What they found, he said, is that “communications is clearly the piece that is the integrative tissue.” The initial step is to give responders the ability to communicate more efficiently with their own devices. So, if a fireman had an oxygen tank, they could have a digital meter relaying the tanks levels.

After that, DHS and PNNL want the system “to be able to communicate back to a central command function, which may be a fire truck or a cruiser or a, if it’s a big event, a command location,” Stein said. “And so now we’re talking about systems that are Wi-Fi- and/or satellite-connected, or in other ways connected, to their vehicles that have the ability to boost a signal and send it even farther so that the responder now becomes not only somebody who is doing a job, but now is also becoming a sensor. You can envision this in grand terms as the Internet of Things.” Stein said they hope to leverage the work of the National Institute of Standards and Technology’s FirstNet to boost network operations during emergencies.

The RFI lists several mainstream technologies that the system must include, like voice activated two-way communication, Blue Force tracking, mobile use, noise canceling and so on.

While many federal agencies have tried to produce similar projects dependent on reaching deep into the pocket of taxpayers, the Responders Integrated Communication System is simply a vision with the rest left up to the private sector to run with.

“When we looked at all of this, our contention was that we didn’t need the money to actually build and enable this future. What we really needed to do was build a vision and build out the requirements for development so that everybody could understand what they are and, to the extent that we can get support for it, we get everybody to buy in,” Stein said. “Once that’s in place, industry can come forward and say, ‘We can build that piece, and we see the market and we see the ancillary markets. We really don’t want to pollute our intellectual property by taking federal money, so we’re going to build that component.’ And if we can get them in the door, we can understand what they’re gonna do, we can actually leverage the investments that they’re making, which means the federal government makes a smaller investment, industry makes a bigger investment, but industry actually captures the market and actually moves it to market more rapidly.”

That means instead of a traditional procurement, the contract winner will own the rights to the final product and be free do as it pleases. Essentially, DHS and PNNL are trying to build a successful set of specifications based around existing technology and on the expertise of first responders and then create a market around that.

“We’re looking to the private sector as the engine. We want to enable that engine, and to be brutally honest, we want to stay out of their way,” Stein said. “This isn’t a place where we need to invent. This is a place where industry is absolutely capable and they’re more capable of doing it than we are.”

DHS has the vision, PNNL has the technical knowledge and the private sector has the power to make it happen in a rapid manner, Stein said. In the next few weeks, DHS will release a request for proposal to procure and experiment with example solutions from the private sector to help them move forward with a model that is market-ready. The initial solicitation lists June 2015 as a deliverable date.

“The key in this to me is that this program is successful if it stimulates the private sector to create things the responder community needs in an integrated fashion,” Stein said. “If we can do that, this is a great success.”

DHS did not respond to requests for comment by publication.