The Department of Homeland Security is launching a major reorganization of its border security apparatus along the southwest border and is urging Congress to provide funding for a biometric entry-exit system to better track foreign visitors to the United States, Secretary of Homeland Security Jeh Johnson said last week. 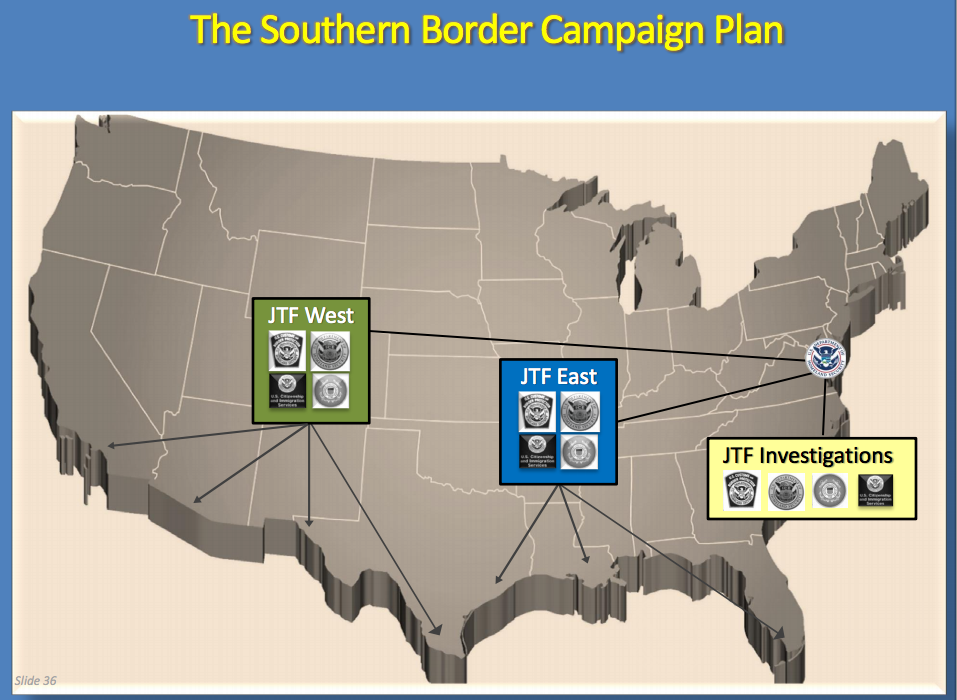 Speaking Oct. 9 at the Center for Strategic and International Studies in Washington, D.C., Johnson outlined a new effort to create three joint task forces that will streamline a DHSwide, coordinated effort to control the southwest border and stem the tide of illegal immigration. Johnson said the changes were part of “a common, departmentwide southern border campaign plan” that would coordinate the actions of Customs and Border Protection, Immigrations and Customs Enforcement, Citizenship and Immigration Services, the Coast Guard and other DHS components.

“We are discarding the stove pipes,” Johnson said. “Our southern border is a mixture of winding river, desert and mountains. Simply building more fences is not the answer. My predecessor used to say ‘Build a 50-foot fence and I’m sure someone else will build a 51-foot ladder.’ Today we have the intelligence capability, surveillance equipment and technology to do more. Much of that is already deployed on the border today. We need to go further in this direction so that we can focus our resources where our intelligence and our surveillance tell us the threats exist.”

“Today the Border Patrol has the largest deployment of people, vehicles, aircraft, boats and equipment along the southwest border in its 90-year history,” Johnson said.

But achieving a biometric entry-exit system to track foreign visitors when they arrive and leave the country remains a challenge for DHS, Johnson said, although he acknowledged it’s not due to lack of effort on the part of DHS. “Biometric entry and exit is the gold standard. But it costs money,” Johnson said. “And so we’re working toward a biometric exit system, but it costs money. There are several important agenda items that I would like to see completed, but I have to rely on my partners in Congress to do that. We need the right technology in place to do it efficiently.”

CBP created the Entry/Exit Transformation Team last year to focus on new biometric technologies and a strategy for leveraging those technologies to transform the department’s ability to better understand who is arriving at U.S. ports of entry and who is not abiding by the terms of their admission to the country. According to strategy documents obtained by FedScoop, DHS’ plans called for deploying “short-term” biometric solutions through 2018 for high-priority risk areas and to begin full transformation by 2020 through a program known as Apex Air Entry/Exit Re-Engineering.

In addition to the funding shortfalls, DHS’ biometric strategy documents outline additional reasons why deploying a full entry-exit system has proven so difficult. Foremost among DHS’ concerns is the fact that airports are privately owned facilities that have not been designed to accommodate additional exit screening devices and infrastructure. In addition, advances in “stand-off” biometric scanning technologies, such as facial recognition and iris scanning, remain in the early stages of development.

CBP announced a new 10,000-square-foot test facility in June that it is using to evaluate new technologies and processes in realistic airport settings.