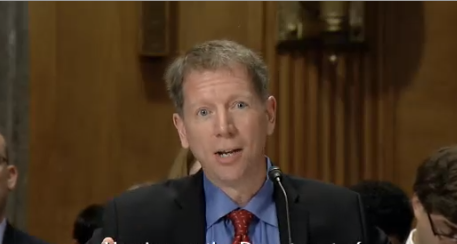 The Department of Homeland Security funnels more than $1 billion a year into research and development, but struggles to understand exactly where and how much it spends on R&D investments and resources, according to a Government Accountability Office official.

Testifying before the Committee on Homeland Security and Governmental Affairs, David Maurer, director of homeland security and justice issues at GAO, provided an update on prior work examining DHS’ R&D activities and investments.

Citing a September 2012 GAO report, Maurer said DHS is unaware of how much its components invest in R&D, making it difficult to oversee departmentwide R&D efforts. The Science & Technology Directorate, Domestic Nuclear Detection Office and the Coast Guard are the only components that conduct R&D and report budget authority, obligations or outlays for R&D activities to the Office of Management and Budget as part of the budget process.

Although DHS has worked to gain better insight into its R&D activities — implementing a strategic plan, reviewing portfolios and working with components within DHS for improved R&D outcomes — challenges persist.

Currently, DHS does not have a standard definition for R&D, which “is a significant problem,” Maurer said. Lack of a common definition or policy clarifying R&D makes it hard to identify the department’s total investment in R&D, which hampers DHS’ ability to oversee components’ R&D efforts.

“Having a common definition will help gain strategic visibility over R&D activities,” Maurer said. “It’s not going to be an easy thing to come up with, but it’s important.”

DHS also lacks knowledge of the amount of resources devoted to R&D. In fact, during the 2011 fiscal year, two divisions within DHS — DNDO and the Coast Guard — only spent around half of their R&D budgets on R&D activities. S&T led the pack, spending 78 percent of its R&D account on actual R&D activities.

“It’s unclear how much DHS spends on R&D,” Maurer pointed out. “It’s hard to be strategic if you don’t know what you’re spending money on.”

Inadequate oversight and coordination of R&D activities have led to fragmented R&D efforts across DHS, resulting in unnecessary overlap, Maurer said. GAO found 35 overlapping R&D instances worth roughly $66 million just within DHS. In another case, GAO found two DHS components awarded five separate contracts that each addressed detection of the same chemical. And currently, there is no process in place at DHS or S&T to prevent overlap or unnecessary duplication

The good news for DHS is that even though GAO “dug in deeply” to find unnecessary duplication, it did not uncover any, Maurer added. However, DHS has yet to develop a policy defining who is tasked with coordinating R&D activities at DHS that could help to prevent overlap, fragmentation or duplication.

by Dave Nyczepir • 1 hour ago
Acquisition