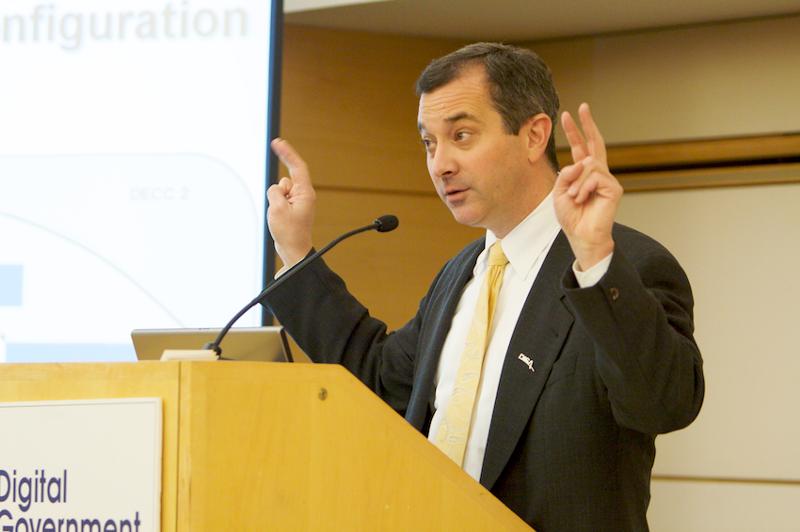 Defense Information Systems Agency CIO Henry Sienkiewicz doesn’t mean another huge personnel shift like all of DISA’s national capital employees moving up to Ft. Meade, but an online version of BRAC in regards to enterprise email.

FedScoop caught up with Sienkiewicz yesterday in preparation for his talk at our Lowering the Cost of Government with IT Summit on August 24 at the Newseum and he says the DoD’s move to enterprise email (the Army, the project’s first customer, is in the middle of its migrating with others to be on-ramping soon) is getting similar attention as the BRAC shift has the past few years.

Adding to that, Sienkiewicz says DISA will soon be adding enterprise Sharepoint to the mix as well, along with finishing up the actual personnel shift to DISA’s new headquarters and the technology that surrounds it.

“Our new building has $37 million in IT with it, including 15,000 devices, so we want to make sure everything is solid,” Sienkiewicz said. He added that his office also must close down the IT operations at the offices the agency just left in a project that should be complete in a few weeks.

Here are a few other key projects Sienkiewicz mentioned as possible discussion points: