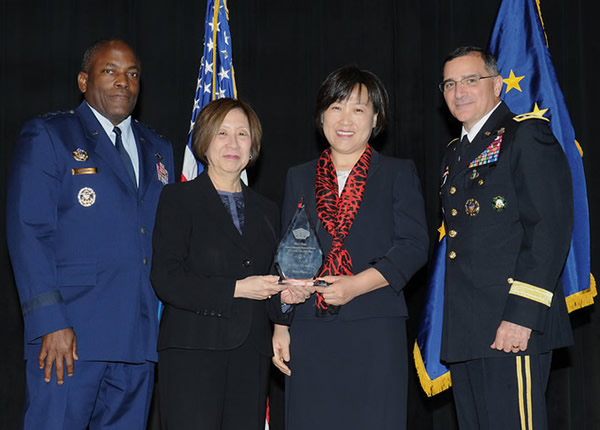 Chung was selected for her work in supporting U.S. Forces Korea. She coordinated the first-ever information assurance professional development effort in a sub-unified command. In that role, she provided and sponsored more than 80 IA training classes for 1,500 students across all services, components and agencies that saved more than $4.5 million in temporary duty funding across the Western Pacific region.

The White House Communications Agency Cyber Operations Team — who won second place in the team category — led the DOD and the Presidential Community of Interest in innovation, pushing the edge of technology to provide the best possible support to the president and the warfighter.

Additionally, the WHCA Cyber Operations Team deployed more than 250 different applications, enabling significant collaboration across the PCI networks, including the development of a Common Operational Picture for use by the White House to directly support the military aides to the President and the President’s Emergency Operations Center.

by Billy Mitchell • 23 hours ago
Defense